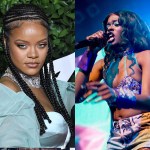 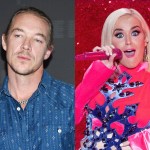 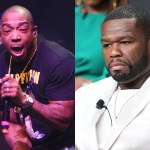 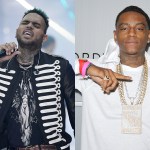 Kim Kardashian got super candid in the first part of her two-day interview with Big Boy this morning on Real 92.3, and blasted Tyson Beckford after he body shamed her.

Kim Kardashian doesn’t pay much mind to clout chasers, but when Big Boy asked her about her epic clapback to Tyson Beckford, she let loose! “I was working and I saw that, and I was like, ‘Really dude!? You’re going to body shame me? Okay, sis,'” KKW revealed to Big Boy on Real 92.3 this morning. “I even hate to talk about him because I feel like it’s just a female thing to do — to be hating on another female, for like what? It’s so lame to me…I was just like f**k you dude.” Her response came after Tyson commented on a photo of her as she was walking out of the Jimmy Kimmel set, writing, “Sorry I don’t care for it personally. She is not real, doctor f***ed up on her right hip.” Kim, known for her amazing clapbacks, responded, “Sis we all know why you don’t care for it.” She was immediately met with hate by fans and called “homophobic,” but she also replied to that criticism on Big Boy’s Neighborhood, too.

“For anyone to say I’m homophobic, I am the least! So many of my best friends are gay, I support the community, I love them, they love me,” she promised, and continued to lay into Tyson. “he just keeps on going and going, and that’s the thing, when I choose to clapback, I’m not doing it for the come up or and I won’t do it to people who are just looking to clout chase. When I see comments, sometimes I will be like I will END YOU, but then it will just continue so much more.” She’s sooo right, and Tyson did continue with his bashing of Kim and her body, reposting memes of the KUWTK star superimposed on a meat-heads body, and playing into the “homophobic” storyline. “People were sending me things on his page, and I was like dude, that’s so female lame to me, honestly just so lame.”

Kim was brutally honest in the first half of her two-day interview with Big Boy on Real 92.3, and we can’t wait to hear what she talks about tomorrow! If there’s more talk about her amazing clapbacks, we can only hope they’ll dig into her recent shade toward Younes Bendjima!