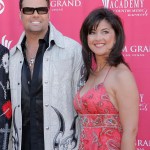 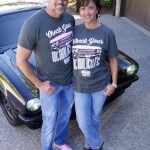 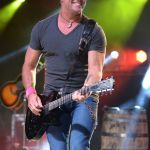 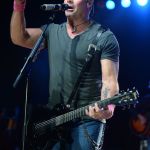 Bio:
Troy Gentry (born Troy “T-Roy” Gentry in Lexington, Kentucky on April 5, 1967) was one-half of the country duo, Montgomery Gentry, with Eddie Montgomery. They guys first started perfomrning in the ’90s with bands, Early Tymz and Young Country, both with Eddie’s brother, John Michael Montgomery. Eddie and Troy signed with Columbia Records’ Nashville division in 1999. Troy passed away in a helicopter crash on Sept. 8, 2017 at age 50.

Best Known For:
Troy Gentry is best known for being one half of Montgomery Gentry.

Charitable Causes:
Troy Gentry and wife Angie were both huge supporters of the Make-A-Wish foundation as well as a “Check Your Headlights” fundraiser to encourage women to get checked for breast cancer; Angie had and beat cancer.

Troy Gentry’s widow, Angie, and daughter Kaylee walked the red carpet at the CMAs in his honor. Troy had promised to take Kaylee to her first awards show, and his wife helped make their daughter’s wish come true.

Troy Gentry was laid to rest on Sept. 14, and along with the private funeral for family, there was also a public memorial service held in Nashville. See which country stars, including Trace Adkins celebrated Troy’s life.