Troy Gentry’s widow, Angie, and his daughter, Kaylee, 15, looked absolutely gorgeous on the CMAs red carpet on Nov. 8. Angie wore a beautiful purple gown, while Kaylee looked like a princess in a royal blue dress. The CMAs marked Angie and Kaylee’s first public appearance after the Montgomery Gentry singer was killed in a helicopter crash at the age of 50 in Sept. 2017. Troy was supposed to be the one accompanying Kaylee to the CMAs. Before he died, Troy had promised to take Kaylee to her first awards show. Angie kept her husband’s promise to his daughter and walked the red carpet with Kaylee.

During the show, the other half of Montgomery Gentry, Eddie Montgomery, 54, made a surprise appearance to honor Troy. Eddie performed for the first time since Troy’s death at the CMAs. He joined the stage with Dierks Bentley, 41, and Rascal Flatts to sing an amazing rendition of “My Town.” The emotional performance had everyone on their feet and in tears, including Angie and Kaylee, who were seen sitting in the audience.

Troy may be gone, but he will never be forgotten. His spirit was felt at the 2017 CMAs. Montgomery Gentry’s upcoming album Here’s to You, featuring unreleased songs recorded by Troy before his death, will be released in Feb. 2018. In addition to Angie and Kaylee, Troy is survived by his daughter, Taylor, from a previous relationship. 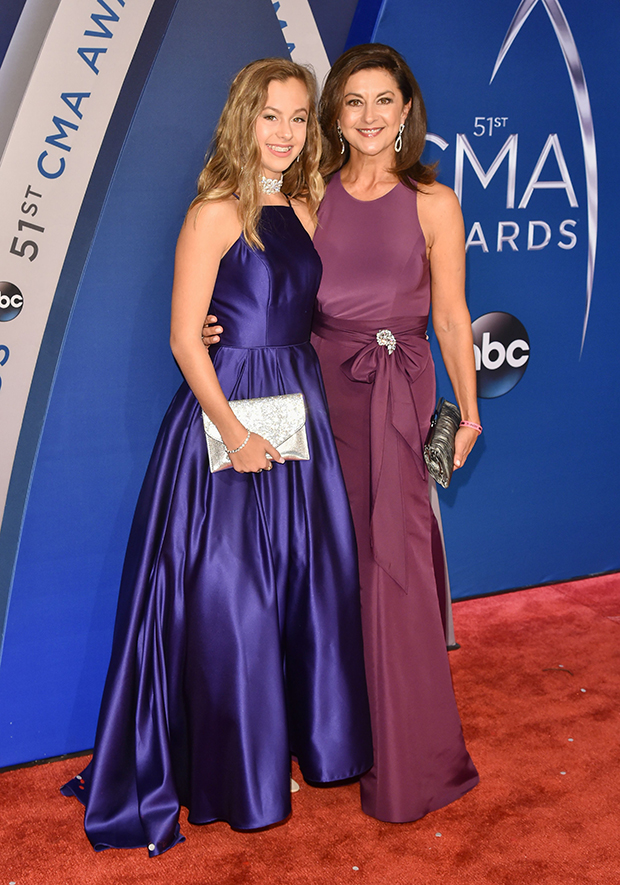 HollywoodLifers, what did you think of the Troy Gentry tribute at the CMAs? Let us know