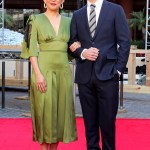 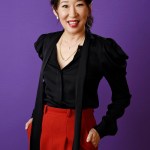 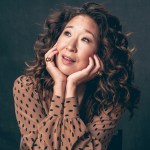 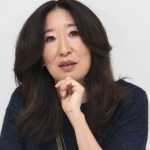 Bio:
Sandra Oh (born Sandra Oh on July 20, 1971, in Nepean, Ontario Canada), is a Canadian actress. She is best known for playing Dr. Cristina Yang on ABC’s Grey’s Anatomy, which she played from 2005 until she left the series in 2014. She has won a Golden Globe Award and two Screen Actors Guild Awards for this role. She has acted in several films, including Sideways, Double Happiness, Last Night, Under The Tuscan Sun, and Ramona & Beezus. She has also appeared on TV’s Arli$$, Six Feet Under, and American Crime. In 2018, she was cast as Eve Plastri in the critically-acclaimed series, Killing Eve. She was nominated for a Primetime Emmy, for the Best Actress In a Drama, becoming the first actor of Asian descent to be nominated in the category. She was also nominated for Best Performance In A Television Series – Drama.

Best Known For:
Sandra Oh is best known for her roles on Grey’s Anatomy and for her Emmy/Golden Globe-nominated role on Killing Eve.

Personal Life:
Sandra Oh was married to film director and screenwriter, Alexander Payne, from 2003-2006. She was romantically linked musician, Andrew Featherston from 2007 to 2016. In 2016, she was linked to photographer Lev Rukhin, but she has kept her personal life out of the spotlight.

‘Grey’s Anatomy’ has just been renewed for an 18th season. Eight years after leaving ‘Grey’s Anatomy,’ Sandra Oh is weighing in on whether she’d come back to play Dr. Cristina Yang.

Suits can be sexy! These women prove that stealing a style from your guy can really pay off. See Sandra Oh, Kim Kardashian & many more ladies rocking blazers without bras.

Awkwafina opened up to HollywoodLife.com about the incredible impact of Sandra Oh’s touching acceptance speech at the Golden Globes.

‘Grey’s Anatomy’ said farewell to Cristina Yang last night in an emotional and perfect send-off, but will Sandra Oh ever return for another episode?
We’re still heartbroken that Dr. Cristina Yang (Sandra Oh) is gone from Grey Sloan Memorial Hospital, but is there any chance she’ll make a special appearance in Grey’s Anatomy’s future? Keep reading for Sandra’s brand new interview to find out!

On the May 8 episode of ‘Grey’s Anatomy,’ the wheels are in motion as Cristina prepares to leave Grey-Sloane Memorial Hospital for good. In the meantime, Alex steals a surgery from Arizona, Derek gets an offer he can’t refuse, and one of the residents gets fired.
Are you ready to say goodbye to Cristina Yang (Sandra Oh) for good? In one of her final episodes, Cristina is put in charge of finding her own replacement.