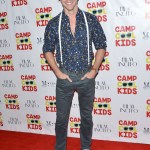 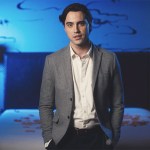 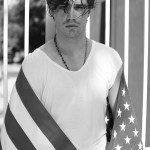 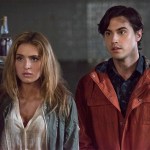 Bio:
Ryan McCartan (born June 14, 1993 in Minnesota) is an American actor and singer. Ryan attended from Minnetonka High School in Excelsior, Minnesota, following his interest in acting and singing by participating in his high school drama department. In 2011, he won the Jimmy Award, a top honor given to only two students at the National High School Musical Theater Awards, held on Broadway in New York City. He received a $10,000 scholarship. He briefly attended the University of Minnesota’s Guthrie BFA Program before moving to Los Angeles to pursue acting. His first acting gig came in 2011, when he played Jeff in the television movie, Extremely Decent. His big break came in 2013 when he was cast as the character Diggie on the Liv and Maddie television series. Ryan also portrayed William ‘Cinco’ Phipps V on the USA Network dramedy series, Royal Pains. In 2013, Ryan starred as Jason Dean “J.D.” in the Off-Broadway production of Heathers: The Musical. In 2016, Ryan was cast as Brad in the Fox television live production of The Rocky Horror Picture Show, joining Laverne Cox, Reeve Carney and Victoria Justice.

Best Known For:
Ryan McCartan is best known as an actor and a singer, portraying Diggie on the Disney Channel Original Comedy Series, Liv and Maddie.

Personal Life:
Ryan previously dated his fellow Liv and Maddie star, Dove Cameron. They began dating in 2015, then got engaged in April 2016 only to split in October that same year.

Ryan McCartan’s real-life heartbreak shaped his new EP, ‘The Opposite’. Watch the EXCLUSIVE interview, and listen to him play ‘Changed My Mind’, here!

Whoa! Shots are being fired between former engaged couple Dove Cameron and Ryan McCartan. After the Disney actress claimed her ex was ‘terrible’ to her, he retaliated on Twitter with nothing but a cryptic response.

So sad. Disney stars Dove Cameron and Ryan McCartan shockingly called it quits on Oct. 5, parting ways less than six months after getting engaged! The former lovebirds were in no rush to get to the altar, but they seemed madly in love. Get the scoop on why the pair decided to break up here!

Congrats are in order for Dove Cameron and Ryan McCartan! The ‘Liv & Maddie’ star is engaged to her fellow Disney Channel star. Ryan posted the sweetest message announcing the big news.
Dove Cameron, 20, and Ryan McCartan, 22, are engaged! Wedding bells are in the future for the Disney Channel stars. Ryan announced the amazing news in a heartfelt Instagram post on April 14. Click to read what he said!