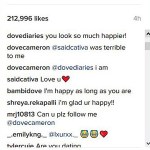 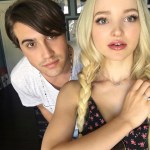 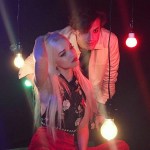 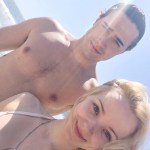 Whoa! Shots are being fired between former engaged couple Dove Cameron and Ryan McCartan. After the Disney actress claimed her ex was ‘terrible’ to her, he retaliated on Twitter with nothing but a cryptic response.

Dove Cameron, 21, has finally shed some light on her unexpected split from Ryan McCartan, 23, in October 2016. When a fan commented her recent Instagram picture with just Ryan’s first name, Dove didn’t hesitate to respond — and she dropped a real bomb when she did. “Was terrible to me,” Dove wrote, which was definitely a surprise to her fans and followers. However, it seems Ryan was the one who was truly caught off guard, and he used Twitter to provide a shady response.

Hmm. It’s a bit strange that Ryan wouldn’t defend his honor, but at the same time that could just be his way of taking the high road he seems to wish Dove had taken instead. But, that wasn’t his only response, because the first tweet left fans reeling and desperate for more information.

You guys, gossip is like Monopoly money. It's worth nothing unless you're willing to play a long, boring game.

Since Ryan has allegedly responded to Dove’s diss, the actress has kept mum. For now, she’s rumored to be dating her Descendants co-star, Thomas Doherty, 21. In fact, it was a picture of her and Thomas that the fan commented with Ryan’s name. Eek!

Tell us, HollywoodLifers — What do YOU think about Dove and Ryan blasting each other on social media? Comment below!