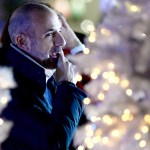 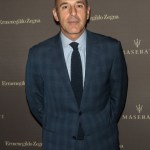 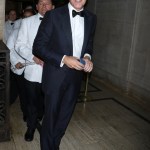 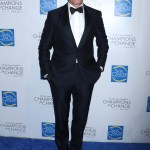 Bio:
Matt Lauer (born in New York City, NY on December 30, 1957) is an American TV journalist. He is best known for his role on NBC’s Today Show, and for being a part of NBC News for two decades. Matt began his career as a news anchor in New York, as a host for PM Magazine, and even worked for ESPN as a sideline reporter, before catching his big TODAY break, in 1997. He has conducted countless memorable interviews, including past and current presidents and first ladies, along with celebrities such as Tom Cruise, Justin Bieber, Lindsay Lohan, Kim Kardashian, and more. Matt has traveled to over 44 remote and exotic locations for the Where in the World is Matt Lauer segment. He has worked alongside Katie Couric, Meredith Vieira, Ann Curry, and most recently Savannah Guthrie, after Ann Curry’s emotional and dramatic Today Show exit in June 2012. On November 30, 2017 it was revealed that Matt had been fired from the Today Show for alleged inappropriate sexual behavior. Matt was replaced by Hoda Kotb, officially on January 2, 2018.

Best Known For:
Matt is best known for conducting memorable interviews and being an anchor on NBC’s The Today Show.

Personal Life:
Matt was married to TV producer, Nancy Alspaugh, from 1982-1989. He dated and was engaged to Kristen Gesswein from 1989-1996. In 1998, he married Dutch model, Annette Roque, with whom he has three children. In 2006, the pair separated, but later reconciled. When Matt is not traveling around the world conducting interviews, he is a family man. Every night, he has dinner with his family at 6:30pm, and enjoys quality time with his three kids.

An insider revealed that the former ‘Today’ co-host is thinking about making a return to the spotlight nearly five years after sexual misconduct accusations against him came to light.

Katie Couric wrote in her new book ‘Going There’ that she almost visited Matt Lauer after the sex scandal that led to the former ‘Today’ show hosts firing from NBC. Find out why she didn’t go!

The iconic broadcast journalist revealed that she no longer has a relationship with her former ‘Today’ colleague Matt Lauer after he was fired for sexual misconduct allegations.

Katie Couric said she has ‘no relationship’ with former ‘Today’ colleague Matt Lauer, who was fired from the show for sexual misconduct in 2017.

Hoda Kotb and Savannah Guthrie said they’re ‘disturbed to the core’ by the new rape allegation a former NBC employee lodged against Matt Lauer. They wasted no time addressing the serious accusation on ‘Today’.

Two years after Matt Lauer was fired from ‘Today,’ the identity of the woman who accused him of sexual misconduct has been revealed as Brooke Nevils — and she’s come forward with the shocking specifics of her allegations against him.

Matt Lauer’s estranged wife Annette Roque is getting a huge payout in their divorce. We’ve got details on how he’s reportedly going to pay her a whopping $20 million.