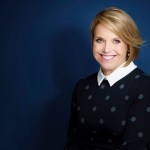 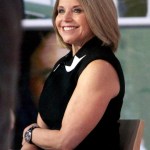 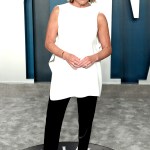 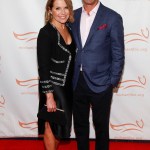 Katie Couric said she has ‘no relationship’ with former ‘Today’ colleague Matt Lauer, who was fired from the show for sexual misconduct in 2017.

Katie Couric sat down for an in-depth interview with Today‘s Savannah Guthrie on October 19 to speak about her new memoir, Going There, which addresses the allegations of sexual misconduct made against her former co-anchor Matt Lauer that led to his firing back in 2017. “That was really, really hard, and it took me a long time to process what was going on,” Katie, who worked on the NBC news show alongside Matt, 63, for nearly a decade, said in the interview. “The side of Matt I knew, was the side of Matt that I think you all knew. He was kind and generous and considerate. A good colleague,” she said.

“We have no relationship.” –@katiecouric on Matt Lauer pic.twitter.com/bmz0lb26qk

Katie, 64, went on to explain that she had those positive feelings about Matt until she “got more information and learned what was going on behind the scenes” regarding the allegations against her longtime co-worker. “It was really upsetting and disturbing,” she told Savannah. “It was devastating, but also disgusting. And I think what I realized was there was a side of Matt I never really knew. I tried to understand why he behaved the why he did and why he was so reckless and callous, and honestly abusive towards other women,” she added.

As for today, Katie said she has “no relationship” with Matt. She also explained her decision to have her memoir include text messages between the two after Matt was fired. “I used those text message because I thought they showed how the relationship devolved and ultimately deteriorated. So I thought that was a powerful way to let the reader in to my thought process and as I got more and more information, how it was harder and harder for me to reconcile these two sides.” 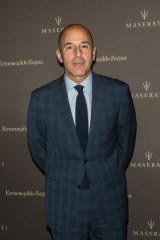 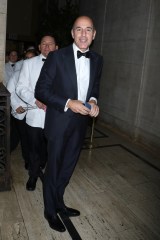 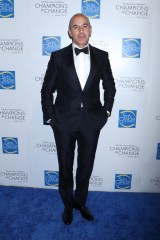 Katie worked with Matt on Today for 9 years until 2006, when she left for CBS News. Matt stayed on the show until his firing on November 29, 2017 following reports of inappropriate sexual misconduct. Roughly two years later, former NBC employee Brooke Nevils claimed in an interview in Ronan Farrow‘s book, Catch and Kill, that Matt anally raped her in his hotel room at the 2014 Sochi Olympics. Her account was one of the complaints that led to Matt’s firing in 2017. Matt later denied the allegations and said that his relationship with Brooke was an “extramarital affair” and that their sexual acts together were “completely consensual.”

Want to learn more abut Katie’s thoughts on Matt and his firing? Read her memoir Going There, which is available on October 26. You can preorder it HERE.