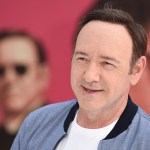 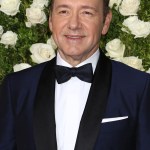 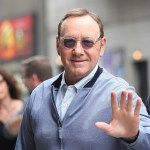 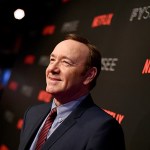 From 2013 to 2017, Kevin played Frank Underwood in the Netflix political drama series House Of Cards. He won a Golden Globe Award for Best Actor – Television Series Drama and two consecutive Screen Actors Guild Awards for Outstanding Performance by a Male Actor in a Drama Series for his performances in the show. After sexual assault allegations came out against the actor, the streaming platform suspended production of the series indefinitely, and opted not to release his film Gore on their service.

Best Known For:
Kevin Spacey is best known for portraying Frank Underwood in the Netflix series House of Cards.

Personal Life:
Star Trek: Discovery actor Anthony Rapp revealed that Kevin sexually assaulted him, in a Buzzfeed article on Oct. 29, 2017. Anthony was 14 at the time, while Kevin was 26. After the news broke, Kevin addressed the allegation on Twitter, noting that he didn’t remember the incident, that he was “beyond horrified” to hear what he had done, and that he owed Anthony the “sincerest apology” for his actions. Kevin also used the moment to come out as gay. “I have had relationships with both men and women. I have loved and had romantic encounters with men throughout my life, and I choose now to live as a gay man,” he said. Since Anthony’s story was released, other victims have come forward with their own sexual assault allegations against the actor.

Kevin Spacey has been fired from his starring role on ‘House of Cards’ after a flurry of sexual assault allegations have surfaced. Here’s what we know.

Who the heck is that hottie Kevin Spacey brought with him to the Emmy Awards?! That was one of the biggest questions during the show on Twitter Sept. 18 — and we have the answer for you. What’s the deal here, though?!