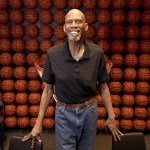 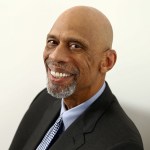 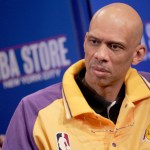 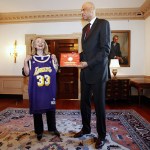 Bio:
Kareem Abdul-Jabbar (born Ferdinand Lewis Alcindor, Jr. in New York City, NY on April 16, 1947) is a retired basketball player who played 20 seasons in the NBA for the Milwaukee Bucks and the LA Lakers. As a center, Kareem was a six-time winner of the NBA Most Valuable Player Award, a record 19-time NBA All-Star, a 15-time All-NBA selection and an 11-time NBA All-Defensive Team member. Kareem was a member of six NBA Championship teams. Kareem retired in 1989. He remains the all-time highest scorer in the NBA and is ranked 3rd all-time in both rebounds and blocks. In 2012, Kareem was selected by Hillary Clinton to be a U.S. global ambassador. In his retirement, Kareem has worked as an actor, a basketball coach and is a best-selling author.

Best Known For:
Kareem is best known for being one of the best professional basketball players to play the game.

Personal Life:
Kareem is Muslim and changed his name to reflect his religion. He married Habiba Abdul-Jabbar (born Janice Brown) during his time at UCLA. They had three children, daughters Habiba and Sultana and son Kareem Jr. Kareem and Habiba divorced in 1978. He has another son, Amir, with Cheryl Pistono. Kareem was awarded the prestigious Double Helix Medal for his work in raising awareness for cancer research.