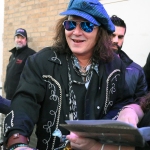 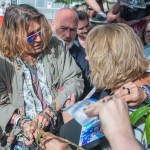 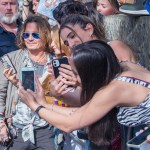 Johnny Depp slammed ‘cancel culture’ after previously claiming that he’s being boycotted by Hollywood over abuse allegations made by his ex-wife, Amber Heard.

Johnny Depp claimed he’s being boycotted by Hollywood after losing a libel case against ‘The Sun’ newspaper related to accusations that he abused ex-wife Amber Heard, which he’s denied.

Jack Depp was photographed while sitting on the grass in a public area and surrounded by people.

Take a look back at Johnny Depp’s incredible transformation over the years from ’21 Jump Street’ to ‘Pirates of the Caribbean’ to ‘Fantastic Beasts’ and beyond.

Johnny Depp’s son Jack looks like his mini-me from when the actor was a young heartthrob on ’21 Jump Street’ in a rare new photo of the 19-year-old.

Johnny Depp made an appearance at a Spanish film festival, dressed in his usual eclectic style, just as his lawyers released new evidence against ex-wife Amber Heard.

Donald Trump’s lawyer went with a unique defense at his impeachment trial by playing clips of Madonna and Johnny Depp, much to Twitter’s confusion and amusement.