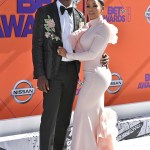 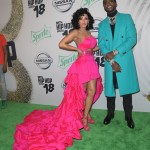 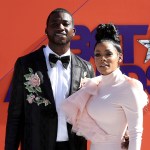 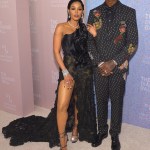 Bio:
Gucci Mane (born Radric Davis on Feb. 12, 1980 in Birmingham, Alabama) is an American rapper. He came onto the scene in 2005 after releasing his first independent album, Trap House. Gucci Mane released his second album, Hard to Kill, in 2006, followed by Trap-A-Thon in 2007. His debut studio album, Back to the Trap House, was released in 2007, and his second studio album, The State vs. Radric Davis, was released in 2009. His third studio album, The Appeal: Georgia’s Most Wanted (2010) was his most successful album thus far. From 2010 to 2013, the rapper released a number of successful mixtapes and independent albums. His latest mixtape, Trap God 2, was released on Feb. 12, 2013. He was also cast as the character “Archie” in the film, Spring Breakers, set to release March 22, 2013.

Best Known For:
Gucci Mane is best known for his rap career. And for having an ice cream cone tattooed on his face.

Personal Life:
In 2005, Gucci Mane served a six-month jail term for assault. During that time, he was also charged with murder. Charges were dropped, due to lack of evidence. In 2009, he served one year in jail for violating his 2005 probation stemming from aggravated assault charges. In February 2013, a report alleged that the rapper had an on-set hook-up with Spring Breakers co-star, Selena Gomez, while she was still dating Justin Bieber. On Nov. 23, 2016, Gucci proposed to his longtime girlfriend, Keyshia Ka’oir on the ‘Kiss Cam’ at an Atlanta Hawks game. The two first met on the set of a music video in 2010. Keyshia and Gucci Mane got married on Oct. 17, when their wedding was broadcast live on BET!

Do Gucci Mane & Keyshia Ka’Oir have a little one on the way? A new report insists they do, and that she’s already 2 months along! Get more alleged details here!

Just because she’s a married woman now doesn’t mean Keyshia Ka’oir is going to stop getting wild. We’ve got the video of her working the pole in a sexy strip club dance.

This week’s episode of ‘The Mane Event’ was the most dramatic one yet! Keyshia fired her wedding planner, broke up fights with her bridesmaids, struggled with a prenup decision, and she addressed those pesky secret children reports!

Rumor or real? — Keyshia Ka’oir went off about reports which claim she abandoned three children in Jamaica to start a relationship with Gucci Mane! She revealed the shocking story behind her past.

Trouble in paradise, already? — That’s the case for Keyshia’s bridesmaids on this week’s ‘The Mane Event’! When Gucci tours, she’s left to plan the wedding alone. And, her BFFs add extra stress when they viciously fight!

Not everyone could make ‘The Mane Event,’ but this is downright shocking. Gucci Mane’s baby brother says he didn’t invite him or their mother to his lavish wedding!

Keyshia Ka’oir had to take a break from post-wedding bliss to squash a nasty rumor started on YouTuber. She does NOT have kids she abandoned in Jamaica, okay? See her epic message here!