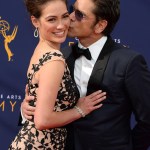 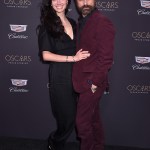 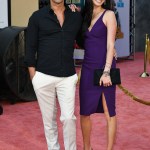 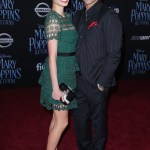 Bio:
Caitlin McHugh is an actress and model. She graduated from Flintridge Sacred Heart Academy in La Cañada Flintridge, California with the Class of 2004 and has since had small roles on various TV shows. She also made a quick appearance in the Will Smith film, I Am Legend as “Special Blond Model” in 2007. Her other acting gigs include one-time roles on TV shows such as Law & Order: Special Victims Unit, Castle, and Switched at Birth. Her most noteworthy role to date is when she played Sloan on The Vampire Diaries for four episodes in 2014.

Best Known For:
Caitlin McHugh is best known for her role as Sloan on the CW hit TV series, The Vampire Diaries. However, she was thrust into the spotlight in March 2016 after she started dating actor John Stamos.

Personal Life:
Caitlin McHugh stepped out with John on March 10, 2016, confirming that she was the “mystery girl” John had talked about while discussing his new girlfriend on The View earlier that month. The two got engaged on Oct. 22, 2017. Caitlin is also a huge dog lover who strongly advocates for pet adoption.

It’s the new Mr. & Mrs.! John Stamos and his pregnant fiancee, Caitlin McHugh, were married on Feb. 3 and they looked absolutely gorgeous at their happy wedding. See the glowing pics here!