Brad Pitt, 58, and Emily Ratajkowski, 31, are not dating, but they have “been out a few times” together, according to Page Six. The outlet’s sources cleared up what’s going on between the Bullet Train actor and the model, who recently split from her husband Sebastian Bear-McClard after four years of marriage.

“People have been speculating about this for a while. Brad is not dating anybody. They [Brad and Emily] have been seen a couple times together,” the sources shared. They also noted that Brad has “been seen with other people” recently, and that he’s not dating anybody at the moment. The source cryptically added, “Stay tuned.” HollywoodLife has reached out to Brad and Emily’s reps for comment. 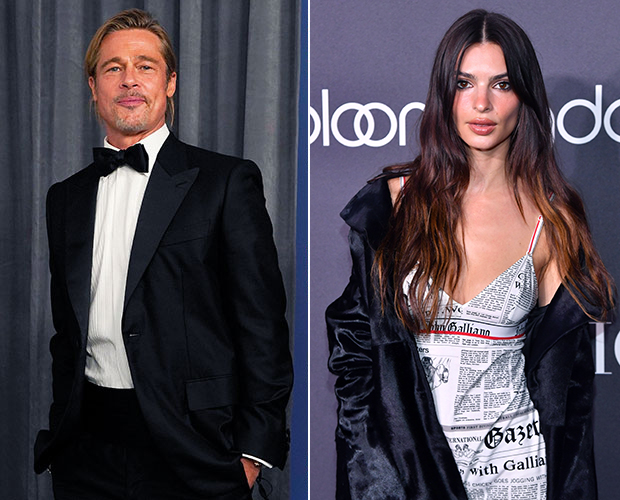 Brad hasn’t been in a public relationship since his divorce from Angelina Jolie, 47, in 2016. The famous exes, who were married for only two years before they split, are still at odds over the custody battle involving their six children. At the beginning of this year, there were rumors that Brad was dating Swedish singer Lykke Li, 36. Sources told HL that Brad wasn’t “dating anybody” at that time. They also revealed what the Oscar winner is looking for in his ideal suitor.

“He really enjoys his privacy and just staying out of the public eye as much as he can. Brad knows that’s not always possible but he manages the best he can. He isn’t dating anybody at the moment and if he does, it would be someone far different from his past relationships,” the source explained. Before Angie, Brad was married to Jennifer Aniston, 53, for five years. He also was engaged to Gwyneth Paltrow, 49, in the late 1990s.

Emily officially filed for divorce from her husband on Sept. 8, two months after the couple split. The breakup came amidst rumors that Sebastian had been unfaithful, but these remain unconfirmed speculations. Emily and Sebastian share one child, son Sylvester Apollo Bear, who was born on March 8, 2021.

A source close to Brad told HollywoodLife that there’s “nothing romantic” going on between the actor and Emily, and that they are “just hanging out as friends.”

Brad Pitt's Hunkiest Photos Since Angelina Jolie Split: See The Heartthrob On Set, On The Red Carpet & Beyond