Megan Fox, 35, posted the sweetest birthday shoutout for her fiancé Machine Gun Kelly as he rang in his 32nd year. The Transformers actress is never shy about wearing her heart on her sleeve for the singer, née Colson Baker, but her birthday tribute for “the love of my life” was certainly one for the books.

“Today your mom told us that you were born a month early (you were SO meant to be a Gemini, you charming mercurial Svengali) and as a baby you were both ‘cuddly and fussy at the same time’ and I couldn’t have imagined a more apt description of you,” she began, shouting out Machine Gun Kelly’s mama. Notably, MGK and his mom had a rocky past relationship — but the singer revealed he connected with her in 2021 after urging from his loyal fans.

“The world has no idea what a gentle, beautiful heart you have.How generous and how thoughtful you are…How absurdly strange and smart and witty you are…,” the brunette actress continued. “You are by far the most unique human I have ever met,” Megan wrote of MGK, who she called her “twin flame” after meeting on the set of film Midnight in the Switchgrass. 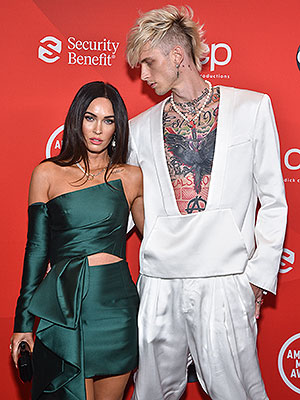 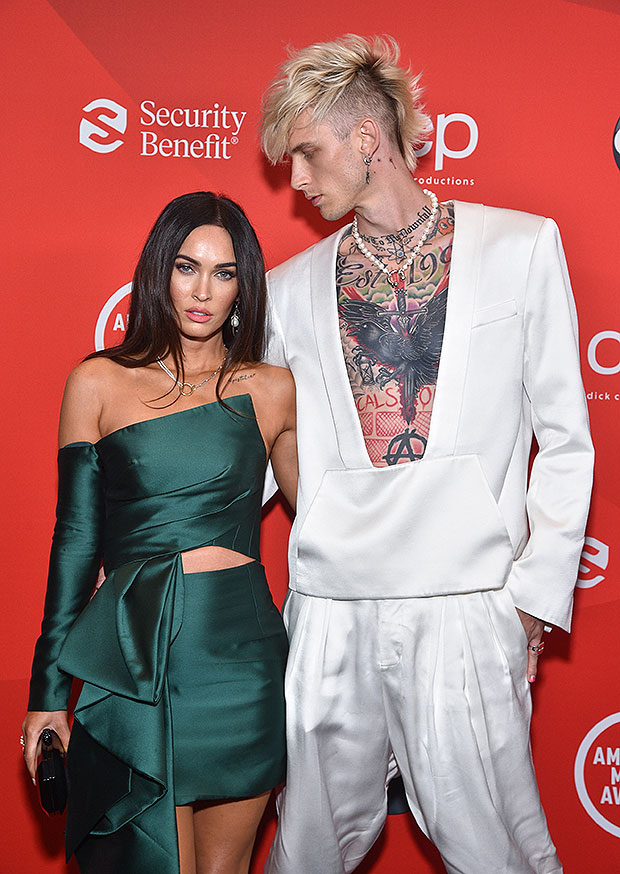 In her heartrending post, Megan also revealed the metaphorical gift she wished she could give MGK for his birthday. “And if I could get the boy who has everything something special for his birthday – I would lift the veil off of their eyes so they could see what I see,” she penned. “You’re such a gorgeous soul. I’m honored to love you and to be the recipient of your love. Happy Birthday love of my life.”

Megan captioned a cute photo of her getting a piggyback ride from the “Bloody Valentine” singer, who rocked a sequined white leather jacket, pink hat and bleached pants. Megan was also stylish in a pair of feathered platform mules, Good American jeans, and a matching trucker-style hat (but in black).

The couple have been seemingly inseparable since striking up a whirlwind romance shortly after her split from husband Brian Austin Green in 2020. Megan and the Beverly Hills, 90210 alum, who share three sons Noah, 9, Bodhi, 8, and Journey, 5, together, finalized their divorce in Feb. 2022. Machine Gun Kelly proposed to Megan on January 11, 2022 with a unique two stone ring including a diamond and emerald to represent each of their respective birthstones.

“I know tradition is one ring, but i designed it with Stephen Webster to be two: the emerald (her birth stone) and the diamond (my birth stone) set on two magnetic bands of thorns that draw together as two halves of the same soul forming the obscure heart that is our love. 1-11-2022 ,” Machine Gun Kelly captioned in a video of the proposal.

Brian has also moved on since breaking up, and is expecting a baby with Dancing With The Stars alum Sharna Burgess.