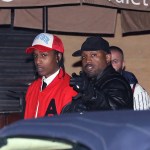 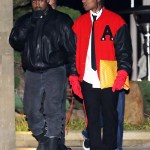 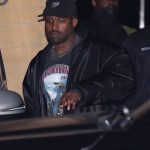 As Kim Kardashian’s romance with Pete Davidson appears to heat up, Kanye West has been romantically linked to model Vinetria — see photos of them at a basketball game!

Kanye West, 44, has met someone amidst his split from Kim Kardashian, 41: the Yeezy designer is reportedly dating model Vinetria, 22, according to Page Six. The two have been “hooking up for a while,” the outlet reports.

The stunning model, who has over 300,000 followers on Instagram, was also by Kanye’s side at his Donda Academy’s first basketball game in Minneapolis per photos on social media. The pair sat courtside for the event, with Vinetria in all black. Kanye rocked a casual pair of jeans and varsity style jacket with leather sleeves — see the photos here.

The outlet adds that she was in Miami with him last weekend when he recorded the Drink Chimps podcast. Per Vinetria’s Instagram, the timeline adds up as has a post up from Miami shared last Saturday.

Since Kim filed for divorce in February, Kanye was also briefly dating Irina Shayk, 35. The Chicago native and Russian model were seen celebrating his 44th birthday with a getaway to Provence, France in June.

Kim has also appeared to move on, going on back-to-back dates with Pete Davidson, 27. The duo weren’t shy about being seen in public while at Knott’s Berry Farm, with Kim even holding the comedian’s hand as they went down a rollercoaster drop. While the SKIMS founder is enjoying her time with Pete, she’s also concerned about Kanye having a “meltdown.”

“Everybody in the family is worried about how Kanye will react to Kim spending so much time with Pete,” a source said to Page Six. “Kanye recently said he still wants to be with her, so he can’t be taking this well,” they also said. Notably, Kanye also just unfollowed his wife of seven years on Instagram.

Kanye addressed his marriage on a recent podcast, and made it clear he still wants to make things work with him.“SNL making my wife say ‘I divorced him’ on TV because they just wanted to get that bar off. I never even seen the papers. We’re not even divorced,” he said to the Drink Champs hosts. “They ain’t no joke to me. My kids want their parents to stay together. I want us to be together.”