The ‘Riverdale’ actor admitted that he’s more reserved, because his parents Mark Consuelos and Kelly Ripa share so many thirst traps!

Even if they’re famous, parents always embarrass their kids, don’t they? Michael Consuelos, 24, showed that he’s not exactly crazy about all the sexy photos his parents post. While he did note that he was happy that his parents Kelly Ripa, 50, and Mark Consuelos, 50, were both pretty young, he doesn’t seem very enthusiastic about the fact that the couple often post thirst traps on Instagram. Michael spoke about the photos during a Wednesday August 11 interview with E!’s Daily Pop.

When the hosts asked the Riverdale actor for his feelings about his parents’ hot and heavy Instagram photos, like a July 19 post where Kelly was bending over, and her husband was staring at her rear-end. Michael seemed a little taken aback, but still gave a pretty funny answer to his feelings about the sexy pictures. “It’s a blessing and a curse to have young parents. It’s a blessing, because you get to spend more time with them, and it’s a curse, because they post stuff like this,” he said.

Michael also said that his parents’ pictures have inspired him to not want to share as revealing photos, and he definitely doesn’t want to make his future kids cringe. “I’m a pretty reserved and private guy, and I think that’s the very reason why, because I’ve seen this nonsense, and I want no part of this,” he said. 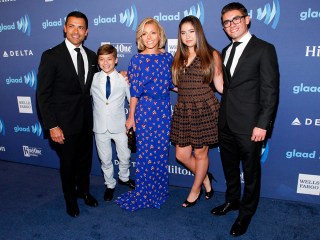 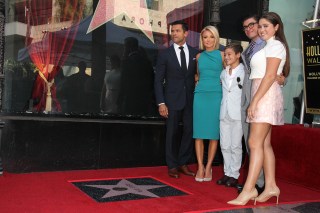 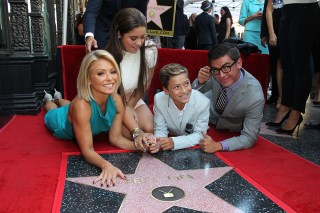 Before getting to his parent’s sexy photos, Michael took on another uncomfortable question about his mom’s character in Riverdale. The hosts asked how it felt to watch Kelly play his dad’s mistress in a season 3 episode of the show. He called the experience “surreal and strange,” and the host quickly moved on to ask about his parents’ photos.

Before getting to the thirst trap questions, the hosts asked Michael what it was like to play a younger version of his dad‘s character Hiram in Riverdale. The actor said that given their relationship, it was actually really easy to mimic his old man, even if the character isn’t like his dad. “Hiram and my dad are pretty different people altogether. I think I was able to get his mannerisms a bit quicker, because I’ve been around him so much,” he said. “There’s bits of my dad that show up in Hiram that I was able to harp on. Hiram is someone who sounds like he knows what he’s talking about, and so is my dad. I feel like my voice is that with a little bit less confidence. So I had to inject some of my dad’s confidence into my lines just to give it that Hiram oomph!”