Joe Jonas gave fans a bit of a nostalgic treat when he shared a video of himself walking while showing off the same long hairstyle he had back in 2007.

Is it 2021 or 2007? That’s the question that Joe Jonas, 31, had everyone asking after posting his latest social media video! The singer was rocking noticeably longer locks that looked the same way they did back in 2007, when he and his brothers released the hit Jonas Brothers song “S.O.S.,” in the Aug. 2 clip. He was walking down the street while wearing multiple scarves and looking around as the tune played over the post.

He captioned the post with a red box that had “SOS” in white letters inside of it. His fans were quick to respond with various comments about the epic moment. “Same, he looks exactly the same. Joe is ageless,” one fan wrote. “Oh my gosh!! And you still look the same,” another agreed.

Joe was known for often donning longer locks than he has in recent years when he was releasing hit after hit with Kevin and Nick Jonas back in the 2000s, so his latest video is definitely a welcomed blast from the past! Since he was seen sporting shorter locks not too long ago, it’s probably safe to assume he was wearing a wig but it still looked great nonetheless! 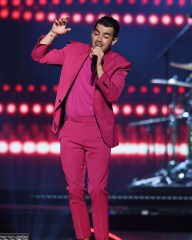 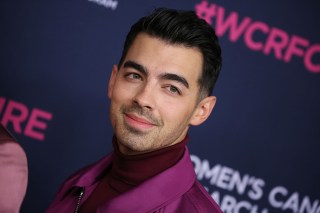 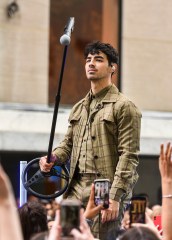 Before Joe made headlines with his new video, he did the same just over a week ago when he and his brothers went against each other in challenges on the one-hour special, Olympic Dreams. He made sure to let viewers know he wasn’t messing around when it came to being a true competitor by saying, “I dreamt of a gold medal hanging around my neck on stage and it just felt right, so I’m ready for this. Kevin and Nick are no longer my brothers. Today, we are athletes all going for the gold.”

When Joe’s not wowing fans with his hair or competitive nature, he’s spending time enjoying his life as a husband to Sophie Turner and a father to their one-year-old daughter Willa. The lovebirds, who were married in 2019, recently went on a trip to Paris and enjoyed events with friends during Paris Fashion Week.