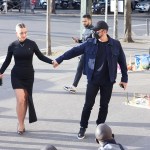 Katy Perry supported fiancé Orlando Bloom‘s ex-wife Miranda Kerr at an event on Wednesday, July 14. The singer, 36, attended the launch of a new hydration mist from Kora Organics, the skin-care brand founded by Miranda, 38, and documented the festivities on Instagram.

The launch took place at social club Jonathan Club Beach Camp in Santa Monica. The gal pals celebrated with a day of yoga — and Katy joked about becoming a influencer. “spent me #wellnesswednesday with my gal @mirandakerr and @koraorganics for the very fresh & soothing #mintymineralhydrationmist launch!” Katy captioned the IG post. “First time I did yoga since being preggers…” Her hashtag read, “Am I an influencer now or nah.”

The “Daisies” singer and her actor partner recently welcomed their first child together, a baby girl named Daisy Dove, last August. Orlando also shares son Flynn, 10, with Miranda, whom he was married to between 2010 and 2013. Miranda re-wed in 2017, tying the knot with Snapchat CEO Evan Spiegel. As for Katie and Orlando, the duo have been together since 2016, ushering in an on-again, off-again relationship that ultimately led to a proposal on Valentine’s Day in 2019.

Katy and Miranda have both been vocal about their friendship. During a virtual appearance on The Drew Barrymore Show last November, Miranda gushed about the singer and her ex-husband’s relationship. “I adore Katy and I just feel so happy that Orlando has found someone that makes his heart so happy, because at the end of the day, for Flynn to have a happy father and a happy mother is just the most important thing,” Miranda said. “I’m just so grateful that Orlando and Katy found each other and I’m so grateful that I found my incredible husband and just that we all really respect each other.” 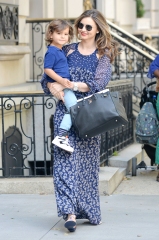 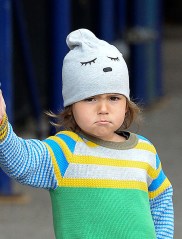 The two also held a joint IG Live in April, discussing their “modern family” and “close” relationship. “One of the great things about being close to Miranda is I get to try out all her products, especially when her son comes home with them in his backpack,” Katie joked. “Flynn will always bring this amazing nugget of knowledge on either skincare or food.”