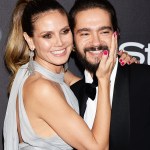 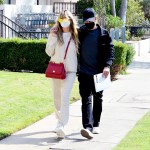 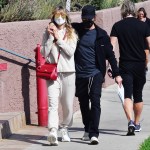 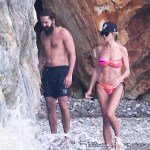 You love to see it. Heidi Klum’s two year marriage to Tom Kaulitz, and she’s out to prove it with some adorable PDA pics .

There’s no denying it: Heidi Klum is a woman in love! The gorgeous model and America’s Got Talent judge, 48, looked blissfully happy on June 17, giving her man, Tom Kaulitz, a tender kiss. But wait, let’s paint the whole picture for you here. With one hand intwined with Tom’s to create a heart and the other carefully placed to cover the top of her body, the model sat topless on the beach at sunset with her hubby, her hair — and his — swaying in the ocean breeze.

Heidi let the picture speak for itself, captioning the pic with just a tiny heart to show her love. The couple, who wore matching black swimsuits for their romantic selfie, are making a habit of posting PDA moments on her Instagram. Sometimes they’re kissing, sometimes they’re cuddling, but no matter what, they’re always looking in love! And really, isn’t that what summer is for? And though it’s just getting started, Heidi is making the most of the season!

First of all, she brings it every week fashion wise while filming AGT. Who could forget when she brought back the 1980’s in a super cropped sweatshirt and exposed black bralette while filming the show in April? And in May, she made the inaugural MTV Movie & TV Awards: Unscripted show red carpet her own personal runway, arriving in a fishnet bodysuit dress from ALIÉTTE  that only she could pull off!

But just like the rest of it, what Heidi will be wearing most often for the next few weeks is a bikini, and she’s already been showing off in some incredible looks. When she isn’t hitting the beach with Tom, she’s lounging at her own pool, soaking in the rays, and sometimes even showing off some fun and flirty dance moves. That sure was the case on June 7, when she debuted a new blue tie-dye two-piece on Instagram.

Some say their excited for hot girl summer, but Heidi Klum is already living it!