Kehlani, 26, opened up about coming out to ex Javaughn Young-White, 23, whom the singer shares daughter Adeya Nomi, 2, with. “I have a two-year-old daughter…She’s the best. Me and her dad are like really, really close friends, and the decision to start a family was really easy for us because we both believed in each other’s ability to be good parents,” the Oakland, California native said on Facebook Watch special Pride On! Kehlani & Larray’s Excellent Pride Ride.

“We just focus on being a team, honestly, and when I was able to tell him, like, I’ve come to newer terms with my sexuality and he’s super super super supportive,” Kehlani went on. “Like usually where people would bring up ‘mom and dad,’ we also say ‘mom and mom’ and ‘dad and dad’,” the It Was Good Until It Wasn’t artist trailed off. The special featured Kehlani and digital creator Larray, along with Larray’s grandmother Paulette, touring around Los Angeles in double-decker bus. The mission? To see how people are celebrating Pride Month without the usual festivities thanks to COVID. “As long as that child is getting love, it don’t matter if they got two mommies or two daddies,” Paulette chimed in. 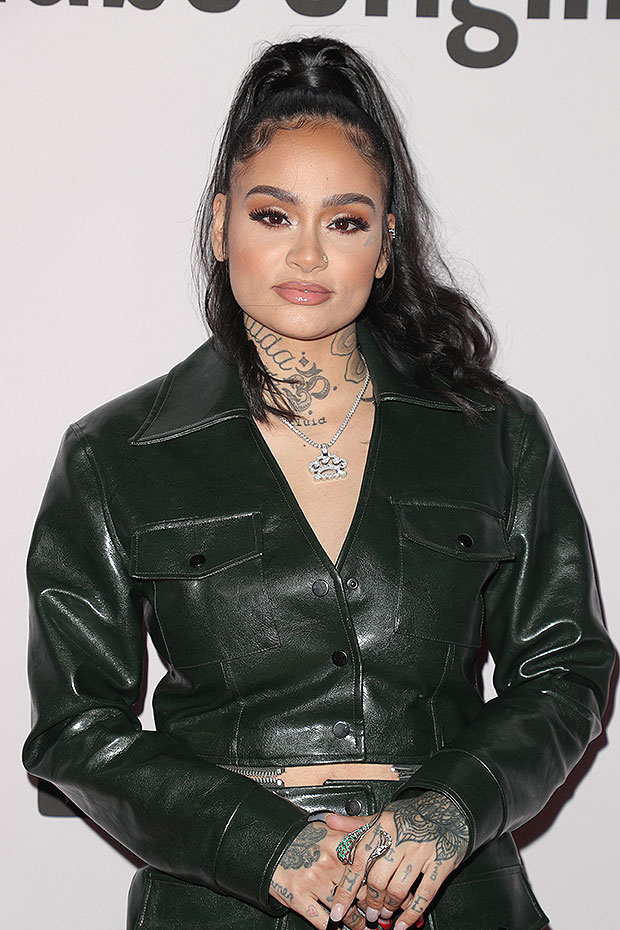 The “Icy Girl” collaborator came out on April 22 via a TikTok video. “I am gay gay gay gay gay,” the rapper-singer said. Kehlani identifies as non-binary and uses she/they pronouns. “‘Kehlani what’s new?’ and I’m like ‘I finally know I’m a lesbian.’ Well, it’s f**king true,” the star continued, revealing her friends and family didn’t have the shock she expected. “I just feel like no! I want you to fall on the floor and ‘guhhh,'” Kehlani confessed. The singer revealed they wanted to hear “Congratulations, we had no idea!” but instead everyone “Was like ‘Duh, you’re the only one who didn’t f**king know.’”

In 2020, Kehlani split from boyfriend YG, 30, after cheating allegations which she seemingly addressed on song “Valentine’s Day (Shameful).” She wrote, “S**t happens. Life really happens. U Jus gotta stay pure and move with love and thank god you are one of the ones that do.” In the song, she references a “villain” who called her “crazy” but coldly says they mean “nothing to me.”

Related: Sammy Sosa’s Kids: Everything To Know About His 6 Kids