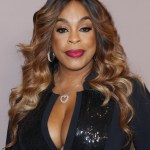 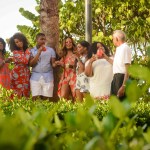 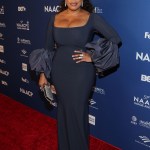 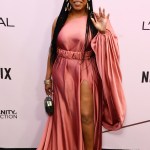 Niecy Nash has been an ally to the LGBTQ community long before she tied the knot with Jessica Betts  in August 2020. So as the Emmy Award-nominated star approaches her very first Pride Month since marrying the singer/songwriter, HollywoodLife caught up EXCLUSIVELY with Niecy to find out what Pride means to her.

“Being comfortable in your skin,” the Masked Singer host said. “I think it means being unapologetic about who you are in celebrating.” Niecy and Jessica said their “I do’s” in a secret wedding surrounded by their closest friends and family. Before their wedding day, Niecy had never publicly revealed that she was in a relationship with Jessica or that she was romantically interested in women.

While many often celebrate Pride at the famed Los Angeles Pride parade things changed this past year with the pandemic as everybody has done their part to help flatten the curve. “We don’t have any plans yet but I would like to [celebrate Pride],” Niecy said. “It’s still a little bit tricky with COVID. I don’t know what we will have access to, but I would love to celebrate.”

As we previously reported, it’s only been nine months since the comedian and the Chicago native walked down the aisle, and Niecy’s three adult children (Dominic, Donielle, and Dia) already “love” their new step parent.

“Yeah, I mean, I did not know it was going to go this well, but they really, really like her,” Niecy EXCLUSIVELY told HollywoodLife about the relationship between her wife and kids. “We’ve all traveled on vacation together and they just think that she’s the coolest thing.”

The mom of three said her children get along with Jessica “amazing” and added, “Matter of fact, my youngest has a date to come over. They’re going to record music later today. She’s not coming to see me. They love her.” The lovebirds first connected in 2015 through social media and eventually met in person three years later when Jessica guest starred as a bartender on the set of Niecy’s TNT series Claws.