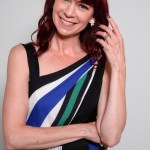 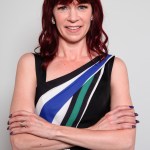 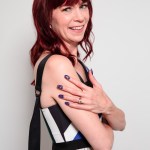 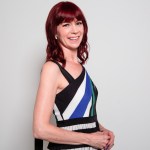 Your favorite summer series is back. HollywoodLife spoke EXCLUSIVELY with ‘Claws’ star Carrie Preston about what’s ahead in season 3, directing her first ‘Claws’ episode, and more.

Claws returns for season 3 on June 9 at 9 p.m. on TNT. With perfect sets of manicured nails, the ladies of Claws are ready to reign over their kingdom. This is their time. HollywoodLife sat down EXCLUSIVELY with Carrie Preston, who plays Polly, to talk about the upcoming season. After our chat, Claws took over Paintbox Salon in New York City. Niecy Nash and Carrie surprised a group of deserving winners, who were nominated online by their loved ones.

Last season ended with the shocking cliffhanger of Virginia getting shot in a drive-by. She was left bleeding out in Desna’s arms. Virginia does survive, but Carrie teased that there is an unexpected “consequence” to her getting shot. Polly is also going to “bounce back” after checking herself into a mental institution and will find herself “intrigued” with someone new. Check out our full Q&A below.

How does that feel for you to be in season 3 and for the show to be at its peak?
Carrie Preston: It feels really fun that people are discovering the show, even though we’ve been doing it now for 3 years. That means that the audience is building. They’re talking and people are hearing about it. Hulu just put out season 2, so both the first 2 seasons are available. People can watch it all at once, because I know everybody likes to do the binge-watching. I’m thrilled to be a part of it. I feel proud to be a part of a show like this that celebrates what it is to be a woman, what it is to be somebody who is up against the world and then they overcome it.

Where does Polly go from the end of season 2 after she checked herself in?
Carrie Preston: She checked herself in and she knows that she needs a big checkup from the neck up. I think it’s important because we have to set her straight a little bit. Otherwise, we can’t spend the whole time with Polly in a mental institution. She’s resilient. She’s going to bounce back pretty quickly with some help with medication, but immediately slip into another persona.

At the end of the last season, Virginia got shot. How does that affect the women in season 3?
Carrie Preston: It was a big deal and it certainly affects Desna’s relationship with her. This is now the second time that she’s tried to save Desna’s life. It affects the bond between everybody. It gets stronger. Jen, as soon as she hears about it, she wants to come back and make sure that she’s okay. I think it makes us rely on each other even more. There’s an interesting consequence of her getting shot. It’s surprising. It’s not necessarily a physical thing.

How does the casino opportunity change the dynamics of how things are going to work in the season? This is uncharted territory for them.
Carrie Preston: I know. They actually are going to get the money they’ve been trying so hard to get. There’s that old adage that more money just creates more problems. In this case, they’re way bigger problems. It’s not going to solve the problems to have all of this money.

What can you sort of tease about the problems that they’ll face? Is it people in particular or new foes?
Carrie Preston: There’s some bigger criminal activity that’s going to come into play. They’ve met their match and then some. There are some scarier people than they’ve ever had to encounter, and they’re going to have to rely on each other to get beyond it.

Where does Ken and Polly’s relationship go from here? Do you think she can forgive him for wearing a wire?
Carrie Preston: I mean, Polly is very loyal to Desna. She will go to any lengths to protect Desna, and if anyone crosses that line, she will ice them out. He’s got his work cut out for him.

Is he going to be trying to get back in her good graces?
Carrie Preston: Yes, I think there is a connection between the two of them, but Polly’s pretty mercurial.

Could this possibly mean another love interest for Polly this season?
Carrie Preston: There is someone who you will meet very quickly in season 3 that Polly’s going to become intrigued with.

You’re also directing this season. What was that whole experience like for you?
Carrie Preston: It was really incredible. The episodes get bigger as the season goes on, just writing-wise. There are just more things happen as you’re hurtling towards the season finale. I was assigned episode 8 of 10, so I knew there would be a lot in there because it was getting towards the finale, but I didn’t know there’d be as much as happens in the episode that I got to direct until I read it on the first day of prep. You get 7 days to prep, and then you start shooting. I had 7 days to take this thing and get it ready to go. I didn’t sleep. Let’s just say I didn’t sleep for a good long month.

You act on the show, but what’s it like going behind the camera and also directing your co-stars?
Carrie Preston: It was really spectacular, you know? We all have such a shorthand. The crew is incredible. Niecy directed episode 5, so they had already worked with her before I got to step up. It was great because of that. It wasn’t like I was walking into a show I had never been on and telling 200 people how I want to shoot a thing. This was very collaborative, and I got very lucky with the director of photography I had, the first AD I had. Those are important people when you’re directing.

Going into season 3, we’ve had the opportunity to flesh out Polly. Is there anything you want to explore with her in the future?
Carrie Preston: I guess it would be interesting to see who the real Polly is. I’m not sure if we’ve actually ever seen her yet and what that would mean. Even in the scenes with Lillian, she was even hiding from Lillian in a way, her own twin sister.