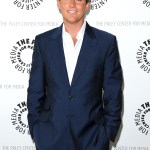 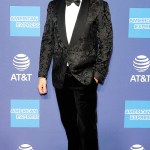 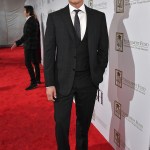 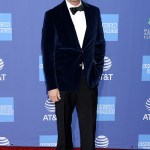 Your favorite stars are talking EXCLUSIVELY with HollywoodLife about how they’re celebrating Pride month despite being in quarantine and we caught up with ‘The Closer’s, Phillip Keene.

Phillip Keene often celebrates Pride at the famed Los Angeles Pride parade. But with the COVID-19 pandemic everybody is doing their part to help flatten the curve by staying at home. HollywoodLife caught up EXCLUSIVELY with the acclaimed actor, best known as “Buzz Watson,” the tech savvy member of LAPD’s exclusive squad on TNT’s hit drama franchise The Closer and its spin-off Major Crimes. Phillip revealed how he’s honoring Pride while in quarantine and also who he views as the ultimate gay icon.

Who is your ultimate gay icon? “Ian McKellen is my most favorite gay icon. He came out when he was just obtaining the height of his career, and he’s one of the greatest actors in the world. In fact, I think during his late sixties and early seventies he was one of the biggest box office stars in the world. X-Men, The Lord of the Rings, The Da Vinci Code and then he would go back and do British sitcoms. Like Vicious, where he and Derek Jacobi played longtime lovers who were obsessing over a neighbor! It maybe wasn’t the greatest show in the world, and it was filled with clichés, but Sir Ian was amazing and it was something he didn’t have to do. I appreciate his bravery and his talent.”

How are you honoring Pride in quarantine? “It’s challenging to approach the concept of Pride – which is about publicly adding your face to the community of others who wish to express their hopes and dreams for a better world – hunkered down in your house. Even wearing a mask, which is wholly necessary for the moment we’re in, hides our faces. These are faces people need to see! So that’s hard, too.

“But these challenges can be overcome. For example, I’ve been looking for ways to post stories of interest to both the gay and straight community on Facebook in order to promote discussions about extending human rights to the LGBTQ+ community and, also, stories about those who do not want to extend human rights to us. Because it’s important to celebrate how far we have come, but also necessary to consider how much we have left to do.

“Also, just for myself, I’m jumping into the YouTube rabbit hole and absorbing what I can find there pertaining to legitimate gay history, because it’s also important to remind myself of the terrible struggle that the generations before me underwent so that I can be as open as I am today.”

How do you normally celebrate Pride Month? Do you go to a parade? “I have gone to the Gay Pride Parade in Los Angeles several times. In fact, it was through attending Gay Pride when I was a teenager that the realization hit me that I was one of millions; that there were gay people everywhere; that I was part of something much bigger than myself.

“These days, I go to the parade about every three years or so, but I also spend a great deal of time putting my face out there as an out actor. I don’t know if it has helped or hurt my career, I just know not every actor chooses to live this way. Not judging anyone! But if you can come out, and you’ve had enough luck to appear in the public eye, you can use that space to let people know who you are. I truly believe that the more of us who are willing to talk about our personal lives in public, the more difficult it is to hate us as a group.”

What does Pride mean to you? “Pride means I don’t have to be ashamed of who I am. Pride means I am a full member of my culture with full citizenship in my country. I don’t have to apologize for who I am, or let people tell me my feelings are wrong. My identity is not my destiny. And my dreams are not confined by the prejudice and bigotry of others. That’s the goal, anyway!”