Delilah Belle Hamlin has shared a slew of stunning new pics, putting her toned figure on display in a lacy pink bra and underwear set by the London-based lingerie brand Boux Avenue. The 22-year-old daughter of Lisa Rinna and Harry Hamlin took to Instagram on May 18 to share three snaps, wearing the bra and high-cut bottoms. “designed in London @bouxavenue #myboux #bouxavenue,” she captioned the photo. Delilah accessorized with a pink puka shell necklace and two gold pendant chains, as she styled her blonde tresses in a fresh blowout.

In the first pic, the model, who is dating Love Island reality star Eyal Booker, posed with one arm behind her back as she gazed out of frame. In another pic, Delilah was seen unclasping her bra and posing from behind. The gorgeous snaps come just a few months after she and Eyal were seen sharing a passionate kiss on the beach in California.

The couple hit the beach in Santa Barbara with her younger sis Amelia Hamlin, 19, and were seen soaking up the Santa Barbara sunshine. Delilah rocked a barely-there mustard yellow string bikini, as she wrapped her arms around her beau and posed for a photo. Delilah, who has made a name for herself in the modeling world, and Eyal, who appeared on season four of the popular British reality show, were first romantically linked in 2019. Since confirming their relationship, the duo have been practically inseparable. 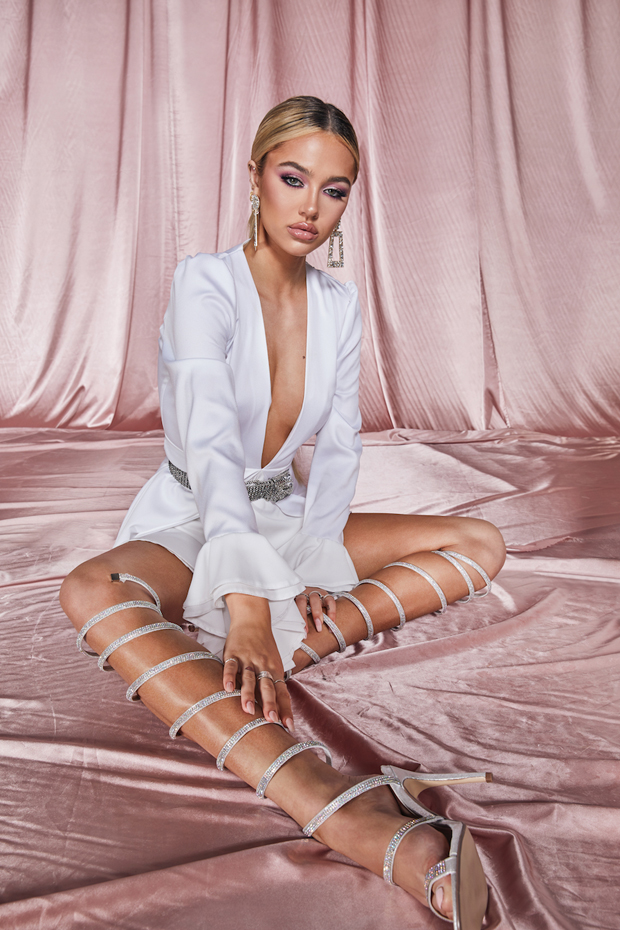 Her dad Harry spoke to HollywoodLife in the early days of their relationship, revealing he’s “very much” a fan of the British model. “He’s a great guy,” the 69-year-old told us at The Creative Coalition’s Television Humanitarian Awards Gala in Sept. 2019. “As long as the boys [my daughters are] going out with are good guys, I’m fine with it, you know?” he added.