Halle Berry has stunned in a sultry snap, which showed her taking a shower amongst nature! The Oscar winning actress, 54, took to Instagram on May 13 to share a snap of herself posing topless in front of the beige backdrop. Halle turned away from the camera, allowing her highlighted tresses to fall down her back in loose curls. “Naked truth,” she captioned the photo, which looked very tropical, as a large palm tree framed the top right corner of the shot.

It comes a few days after she opened up on Mother’s Day about being a mom to her two kids: daughter Nahla, 13, and son Maceo, 7. She shared a never-before-seen throwback photo from one of her pregnancies, which showed her growing baby bump during a day at the beach. “I’ll never get over the wondrous miracle of growing a life inside my body as I’ve never felt more myself than when I was carrying my two children,” the mom-of-two wrote in the caption.

“Motherhood is a real privilege. Happy Mother’s Day to all the mothers of the world.” Halle gave birth to her first child in 2008, with former partner Gabriel Aubry. Five years later, she welcomed her son, whom she shares with her former husband Olivier Martinez. Now, Halle is dating Van Hunt, and the pair recently made their red carpet debut at the Oscars! 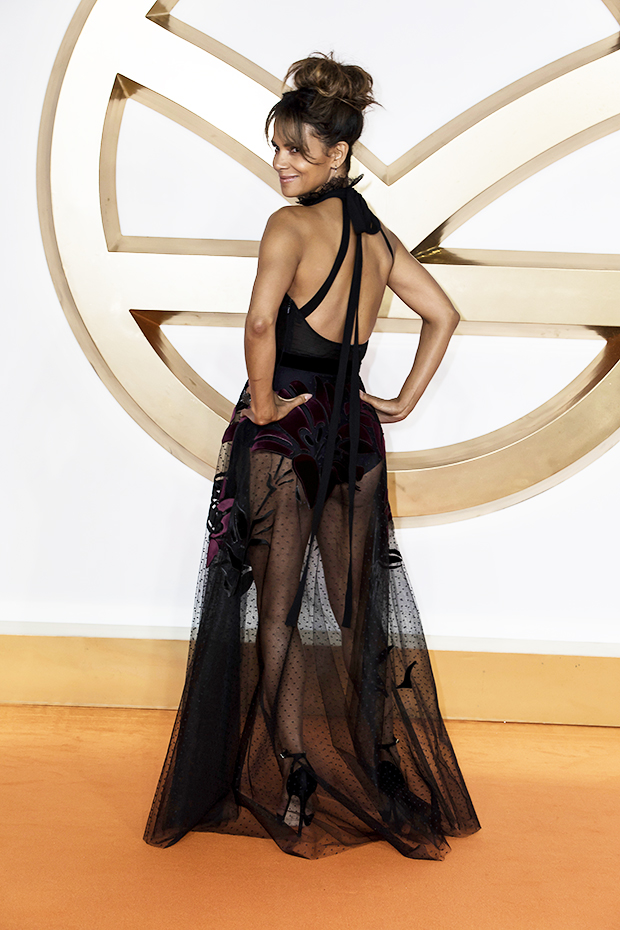 The couple were most recently spotted together in Orlando, Florida. Halle and her musician beau were seen heading to departures area of the airport on May 7, taking their time as they made their way through security. The Catwoman star cut a casual figure in a black tee and a pair of camouflage-print pants, as she accessorized with sandals and dark sunglasses.

Van looked equally dressed down as he donned a black tank top and a matching pair of sweatpants. The 51-year-old rocker also wore a leather jacket and a red beret, while carrying a guitar on his back. The pair confirmed their romance in September 2020 and have been smitten ever since!