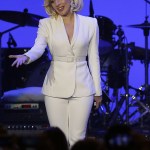 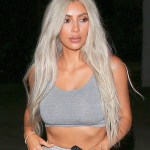 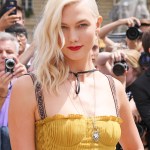 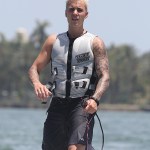 Like father, like son. Romeo Beckham debuted a new bright, blonde hairstyle, one that prompted his father, David Beckham, to do some light-hearted teasing.

Romeo Beckham didn’t caption the photo he posted on May 9, but judging by all the chatter it caused, he didn’t need to. The 18-year-old son of Victoria and David Beckham posed in a pair of khaki-colored pants, a dark blue t-shirt, white shoes, and his newly platinum-blonde dyed hair. The shot of him lounging in a lush garden got a lot of love from his followers – and a little bit of ribbing from his dad. “Nice hair [heart emoji],” wrote David, 46, who noted that his son’s new ‘do was very similar to the bleach-blonde locks he rocked in the early 2000s.

“I wonder where u got that idea from,” added Becks. Romeo’s mother, Victoria, 47, was less teasing in her reaction to the makeover. “Wow!!!” she captioned the photo of her son that she posted to her Instagram Story, showing his new tight haircut. Clearly, she was impressed by the work and proud of her son for growing up into a handsome young man.

Before Romeo showed off his platinum makeover, he posed alongside the stylist behind this new look. “The best,” the teen captioned the show of him and Josh Wood, an “expert home hair color” stylist. Josh shared the photo on his Instagram. “Here’s to expressing yourself through color & a transformational cut,” he wrote, along with a yellow (blonde) heart. “@romeobeckham & Josh in the Atelier today. Color by @joshwoodlifestyle assisted by @madssune Cut by @peteburkill.” On Monday (May 10), Romeo also gave fans a close-up at Josh and Pete Burkill’s handiwork by sharing a photo of him zonked out on a bed. “ZZZ,” he captioned the shot of him and his newly shorn head.

Romeo continues to take after his father, and in late August 2020, fans noted how the teenager is as tall as his soccer superstar pop. “Running in the heat [with David],” Romeo captioned a photo he posted to his Instagram, a shot that showed both him and Becks going shirtless (and each wearing the shortest of running shorts.) Like David, Romeo looked fit and in shape. Romeo was rocking a man-bun at the time, but next time he goes running, he won’t have to worry about putting his hair up.