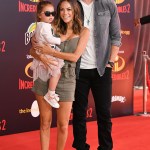 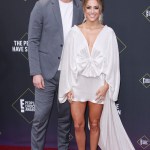 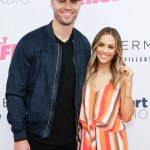 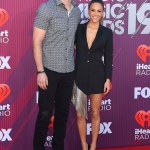 Jana Kramer is facing a reality she ‘never wanted to believe could be possible again.’ The ‘One Tree Hill’ star is splitting from her husband, Mike Caussin, for a second time after six years of marriage.

UPDATE (4/29/2021, 7:37 p.m. ET): Jana Kramer and Mike Caussin obtained a temporary restraining order from one another on April 22, which is preventing them from making “disparaging remarks” to one another in front of their children, according to a copy of the that HollywoodLife reviewed. Jana also accused Mike of “adultery” and “inappropriate marital conduct” in her petition for a divorce that was filed on April 21, which HollywoodLife also reviewed.

ORIGINAL: “It’s time,” Jana Kramer solemnly wrote to announce that the country singer and her husband, NFL player Mike Caussin, are separating after six years of marriage. This is their second time going through a split, after Mike, 34, filed for divorce in 2016; Jana, 37, touched on this as she added, “As I try to make sense of a reality I never wanted to believe could be possible again, those words have now become a reality.”

“I’ve fought y’all. I’ve loved hard. I’ve forgiven,” Jana continued, referring to Mike’s past unfaithfulness. When she and Mike first went their separate ways, the football star was engulfed in a publicized cheating scandal. He ended up going to treatment for sex addiction, and the couple was able to patch up their marriage. Looking back at the effort she invested into this up-and-down relationship, Jana continued to write, “I’ve put the work in. I’ve given everything I have, and now I have nothing else to give.”

“Please know that I still believe whole heartedly in marriage, love, and rebuilding,” the One Tree Hill star continued. “I just can’t fight any longer. It’s time to heal. Thank you for all the love, heart, and support, in many ways you have fought on this journey alongside me, and for that I am grateful. I’ll always encourage you to continue the good fight, but you can’t fight it alone.”

Jana has also apparently made the move to make this split official. The actress and singer filed for divorce, People reported on April 21. They share two young children: Jolie Rae, 5, and Jace Joseph, 2. HollywoodLife has reached out to Jana’s and Mike’s reps for comment.

Jana broke the news of their breakup one month after sharing a selfie of herself crying and admitting “no relationship is perfect” following a “blow up” fight the couple had (you can read her full message below). The disagreement had to due with Mike taking care of their kids while Jana filmed a movie in Canada, which the couple explained on their iHeartRadio podcast Whine Down in March. Jana had brought her husband and kids to go with her from Nashville to Canada for the work trip.

Seven months before announcing the separation, Jana and Mike appeared to be closer than ever. They co-authored a book, The Good Fight, which documented how they overcame their relationship struggles and Mike’s infidelity. Jana even opened up about these hardships in an EXCLUSIVE interview with HollywoodLife after the book was released in Sept. 2020.

“When there’s infidelity in a relationship, it’s not like you just stop talking about it. Trust me, I wish we could stop talking about it. It’s not like we bring it up every day, but there are triggers and triggers will always be there,” Jana said on HollywoodLife‘s podcast in Oct. 2020. She added, “Now the weight isn’t as heavy, but I’ll still get triggered if something happens, or if maybe there’s a small lie, because it was a traumatic event in our relationship.”

“There were multiple affairs, and it’s one of those things where I can’t be like, just because I forgive you doesn’t mean that there’s still not pain,” Jana continued to tell HollywoodLife. “We have that thread throughout our relationship. But again, the weight isn’t as heavy and we don’t talk about it every day. But it has become our story.”