Diane Keaton put her wacky sense of style on display while shooting her latest film! The 75-year-old Father of the Bride star slipped into costume on the set of Mack & Rita, and looked like she hadn’t aged a day in years. She was photographed on March 31 rocking a pair of snakeskin print thigh-high stiletto boots along with an oversized white button down, which she wore as a shirt dress. Along with the ‘fit, which she donned while shooting in Palm Springs, California, Diane rocked a long grey wig that fell down to her waist. 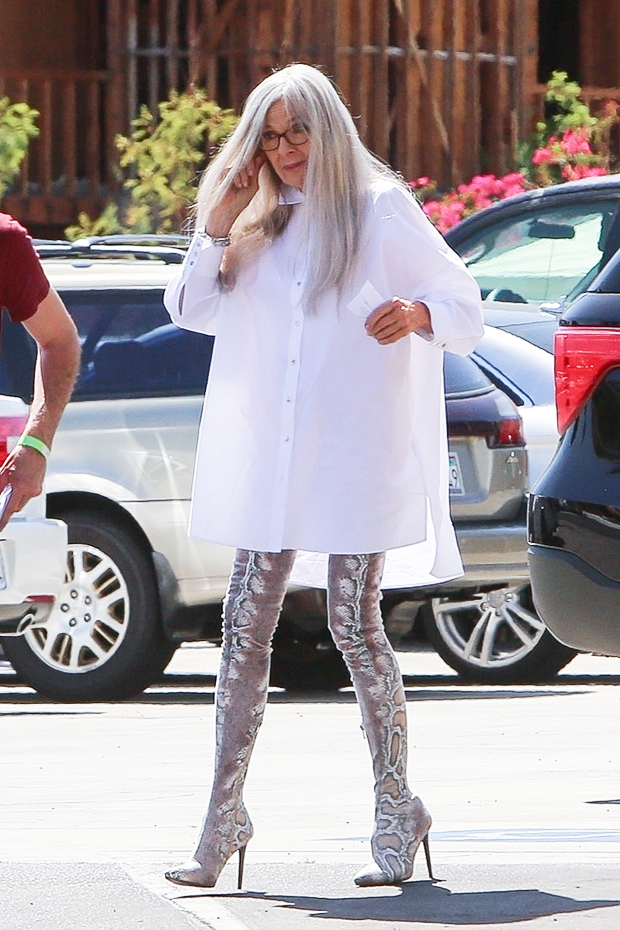 The Godfather actress trotted through a parking lot, before shooting a scene in a vintage Thunderbird car — all while expertly wearing sky high pumps! Later in the day, the Hollywood icon was seen wearing loose jeans, Converse sneakers, and a checked button-down shirt. She ate an ice cream cone while also rocking a bowler hat. She certainly has a very unique fashion sense.

Diane will star as Aunt Rita alongside Once Upon A Time actress Elizabeth Lail, who will portray Mackenzie ‘Mack’ in the upcoming romcom. While Mack is at her pal’s bachelorette party in Palm Springs, she finds her way into a sound bath regression pod, and emerges out as a 70-year-old woman, who she names Aunt Rita. The League actress Katie Aselton will make her feature film directorial debut with the project. 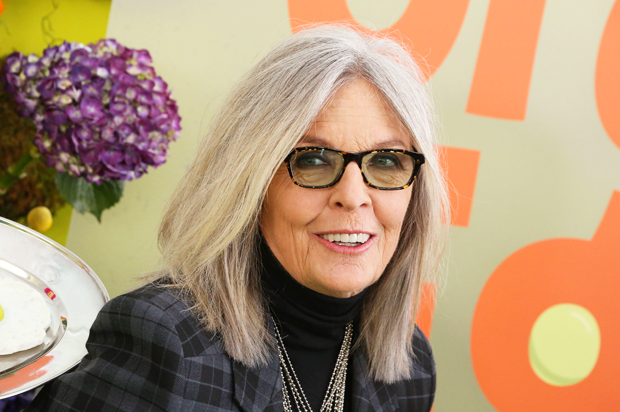 It’s hard to believe that 2021 marks the 30th anniversary of one of Diane’s most beloved films: Father of the Bride. Like her co-star Steve Martin, Diane was already a Hollywood mainsstay by the time she portrayed Nina Banks in hit 90s flick. She had even won an Oscar for Best Actress in a Leading Role almost 15 years prior, in 1977 for her titular role in Annie Hall. Since the 90s, Diane has appeared in such movies as Something’s Gotta Give, The Family Stone, and even starred in the series The Young Pope. She has also been nominated for three more Oscars since her 1977 win. We’re exhausted just reading that!

Related: Diane Keaton’s Children: Everything To Know About Her 2 Kids Dexter & Duke