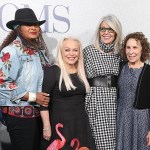 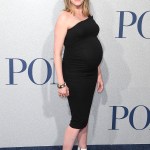 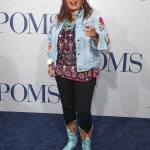 For her first narrative feature, Zara Hayes gathered an all-star cast to tell a heartwarming story. The director reveals how she knew Diane Keaton was perfect for the role.

This past Mother’s Day, the movie to see with your mom or grandma was definitely Poms! Following several women in a retirement home who decide to form a cheerleading squad, the film is lead by Diane Keaton, following up on her last year’s movie Book Club. Director Zara Hayes revealed that from the moment of the film’s conception, she saw Diane taking the reigns. “Of course I had her in mind. The fact that we got her is just mind blowing!” the director revealed in an EXCLUSIVE interview with HollywoodLife.com. “She just came on board, jumped right in and became a huge part of the project. She was an executive producer and creative partner to me in every aspect, and a friend by the end.”

Zara continued, “She was always like, dream team, fantasy football league casting. Who can pull this off? Who could do this in a way that would lean into the way that I want to tell this, which was with attitude and with confidence, and unapologetically. She just has that. She carries that.” Zara laughed when explaining what went down when Diane and her fellow co-stars, which include Jacki Weaver and Pam Grier, went to cheerleading bootcamp ahead of filming. “I was there learning the routines as well. They just went for it. It was almost a little dance school for a week and a half and, they all just turned up in their exercise gear in a studio with no windows in sweaty Sherman Oaks!” Zara joked. “They just committed themselves to training and doing it. It was so much fun because the women all got to know each other and when you’re physically moving around, there’s all kinds of silliness that ensues and also there’s no way of feeling self conscious by the end of that because you’re just moving, you’re on your feet and you’re there in front of each other giving it your all.”

Poms is in theaters now and a must-see for a great laugh and inspiring story!