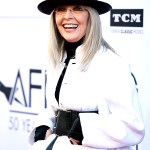 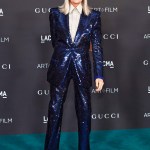 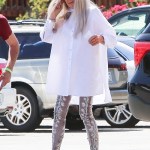 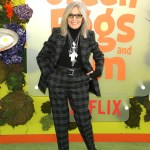 Is it time to fully reboot the ‘Father of the Bride’ franchise? Dexter Keaton, daughter of Diane Keaton, just got engaged to her boyfriend, Jordan White, so here’s what you need to know.

“This morning started with hail and ended with a diamond! I can’t believe I’m engaged!” Dexter Keaton captioned the photo she uploaded to Instagram on Nov. 7. In the pic, which you can see here, the 25-year-old daughter of Diane Keaton, is shocked to her boyfriend, Jordan White, down on one knee with a ring from Gem City Jewelers in his hand. The engagement — taking place at Saarloos and Sons winery in Los Olivos, California – was a sweet one, and the two christened their engagement with wine and a kiss. “She said ‘oh my god’ a lot, and then eventually said ‘yes!’” added Jordan when sharing the photo with his IG. “Even though it was raining (and hailing), we did a thing!”

The engagement came literally mere days after Dexter shared an #appreciationpost about Jordan. “Thank you for being the best boyfriend ever! You make me so happy, and I can’t wait to go on more adventures with you! Here’s a little throwback to that time we used an air mattress as a floaty on the river,” she captioned a shot of them together, a Modelo in her hand and a PBR in his. Now that Diane, 74, is about to become a mother-in-law, here’s the scoop on her beloved, adoptive daughter.

1. Dexter was adopted by Diane in 1996. Though Diane has famously dated such stars as Warren Beatty and Al Pacino, she has never been married. Diane, at age 50, started a family by adopting 1-year-old Dexter in 1996. Diane expanded the family in 2001, adopting a 1-year-old Duke, a little brother for Dexter. “Motherhood has completely changed me. It’s just about like the most completely humbling experience that I’ve ever had,” Diane told Film Monthly in 2003. “I’m completely in love with my kids, but I also realize that I have to try and be a better person every day. I have to wake up and say, ‘Okay, use your brain, and not your impulses,’ because all my life, I’ve used my impulses and not my brains, a lot.”

2. Dexter and her now-fiancé just celebrated their 1-year anniversary. This new engagement comes months after the couple celebrated one year together. “Tuesday was Jordan and my one year anniversary,” Dexter posted to Instagram on June 6. “He made Loco Moco with his own spin on it. Thank you for a delicious meal and an amazing night in. Happy (late) anniversary!”

3. She will never go hungry again. It seems that the way to Dexter’s heart is through her stomach. “My name is Jordan, and I like to #SmokeMeatAndTires,” her fiancé’s Instagram Bio reads. On his page, Jordan has shared numerous mouth-watering photos of dishes he prepared – from baked peaches with pork chops to grilled fajita chicken with sautéed garlic butter shrimp to beef stroganoff. He also loves motorcycles, having shared many photos of his and others’ bikes to his page.

4. She also likes drag queens, animals, and hockey. Diane has allowed her children to grow up out of the spotlight and have a life without the pressures of fame. Dexter is relatively private with her life, but she has shared some insights into her personality on social media. She loves the Los Angeles Kings hockey team, the Los Angeles Clippers NBA squad, and drag queens. Dexter shared a picture of her posing alongside Alaska Thunderf-ck, winner of RuPaul’s Drag Race All Stars season 2, in 2019. Dexter also has filled her IG with pictures of Jordan’s dog, Remy.

5. Her mom loves her a lot. So, do we get a Mother of the Bride movie out of this? Diane Keaton starred opposite Steve Martin in 1991’s Father of the Bride, and its 1995 sequel, Father of the Bride II. The cast recently came together for Father Of The Bride Part 3 (ish), which was as close as a second sequel as we’re going to get.

If we don’t ever get a new movie, at least we know that Diane will be the most ecstatic mother at Dexter’s actual wedding. “It takes everything I have sometimes to not snuggle with Dexter,” she told AARP magazine in 2012. “You know, at 16, you don’t want to be snuggly anymore. Sometimes I can pat her hair. Or if I’m lucky, I get a hug.”