Cardi B‘s two-year-old daughter Kulture Kiari Cephus is already a little fashionista. In a sweet new pic, which the “WAP” hitmaker shared to her Instagram story, her mini-me daughter showed off her new Chanel purse, which retails for around $5000. “Lucky,” the 28-year-old singer captioned the black and white photo, which she shared on March 18. Little Kulture wore the handbag chain around her neck, as she rocked a cute dress with a bow at the front.

A post shared by Cardi B Fans Brasil (@cardibfansbr)

This certainly isn’t the first time the two-year-old has proved she has killer style. Just last month, Kulture rocked a cute ‘fit, featuring a Balmain handbag. “I was really meant to be a girl mom. styled by me,” Cardi wrote in her caption, noting that her husband Offset had to “bribe [Kulture] with cookies.” She continued, “oooo yeeaaa sneakers are from my @reebok collections.”

The mother-of-one recently clashed with conservative pundit Candace Owens, after the controversial commentator appeared on the March 15 episode of Tucker Carlson’s show. Candace said that Cardi and Megan Thee Stallion’s performance of “WAP” at the 2021 Grammy Awards was an “attack on American values, American traditions.” She also went on an anti-LGBT rant, claiming that their groundbreaking performance was “a lesbian sex scene being simulated on television” and that it was  “actively trying to make children aspire to things that are grotesque.” 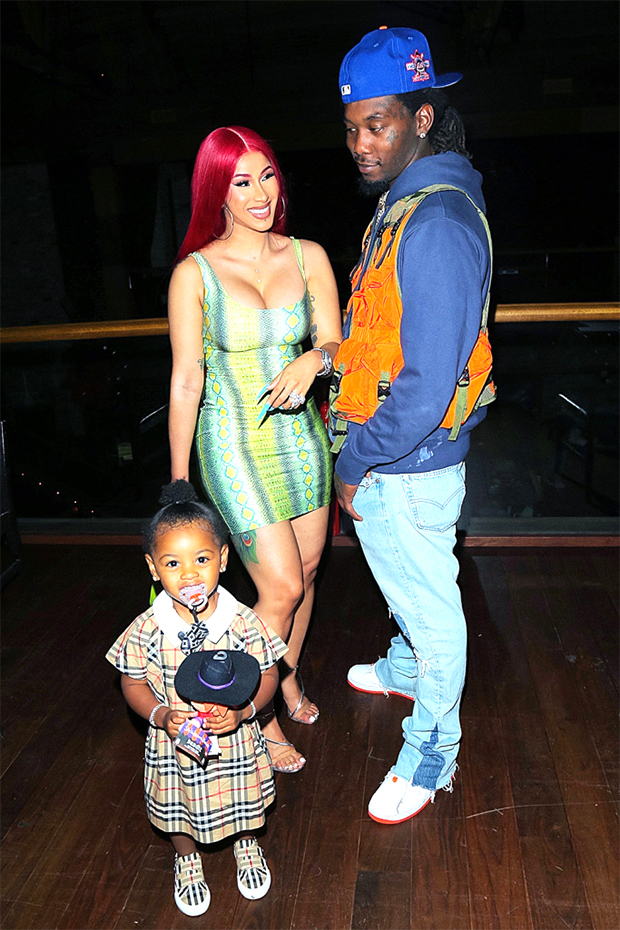 In response, Cardi hilariously tweeted, “Yaaaayyyyyyy WE MADE FOX NEWS GUYS!!! Wap wap wap,” she wrote in a since-deleted tweet, per Vulture. “Matter fact I’m just going to thank Candy (Owens) She put my performance on Fox News giving it more views that boosted the views on YouTube and is counting towards my streams and sales.” She added, “REMEMBER GROWN PARENTS ONLY YOU CAN MONITOR WHAT YOUR KIDS WATCH NO1 ELSE.” Candace fired back in response, claiming Cardi was encouraging “young women to strip themselves of dignity.”