Sparks were flying while Brad Pitt and Sandra Bullock filmed an intense fire scene on the set of their new movie, Bullet Train. The pair were spotted in Los Angeles on March 5, walking amid debris and flames, with the 57-year-old actor sporting some heavy-duty special effects makeup. The look included fake bruises, blood, and dirt, as he donned a white tee that was also covered in fake red blood, and grime. You can see the photos here. 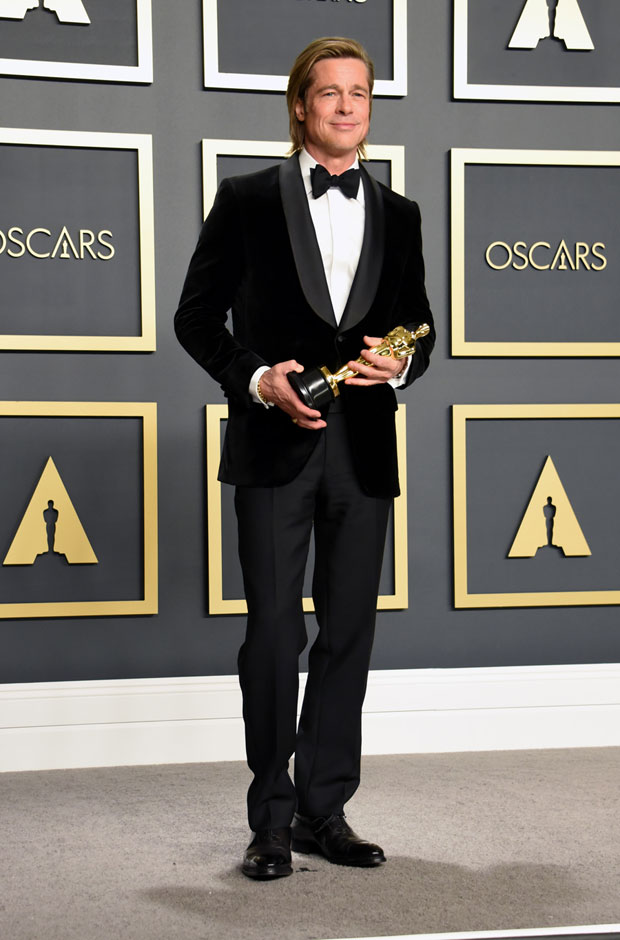 Meanwhile, Sandra rocked a white button-down, high waisted navy pants which were belted at her waist, and a brown trench coat. Her brunette tresses were styled in loose waves, and she had a very serious expression on her face while filming alongside Brad. When the cameras weren’t rolling, both Brad and Sandra donned face shields amid the ongoing COVID-19 pandemic. The Hollywood heavy hitters have never acted in a movie together, so the action packed Bullet Train will be the first time they appear on screen together. The plot centers around several assassins and hitmen who are aboard a high-speed train in Tokyo. It is based on the best-selling Japanese novel Maria Beetle, written by Kôtarô Isaka.

Earlier in the week, Brad was spotted filming a scene with Joey King! The Kissing Booth star, 21, was seen in her costume, which included a maroon skirt with pleating at the hem, a pink short sleeve shirt, and a sweater vest and tie. Brad, however, was still wearing his bloodied up white tee with plenty of fake blood and bruising courtesy of the special effects team. 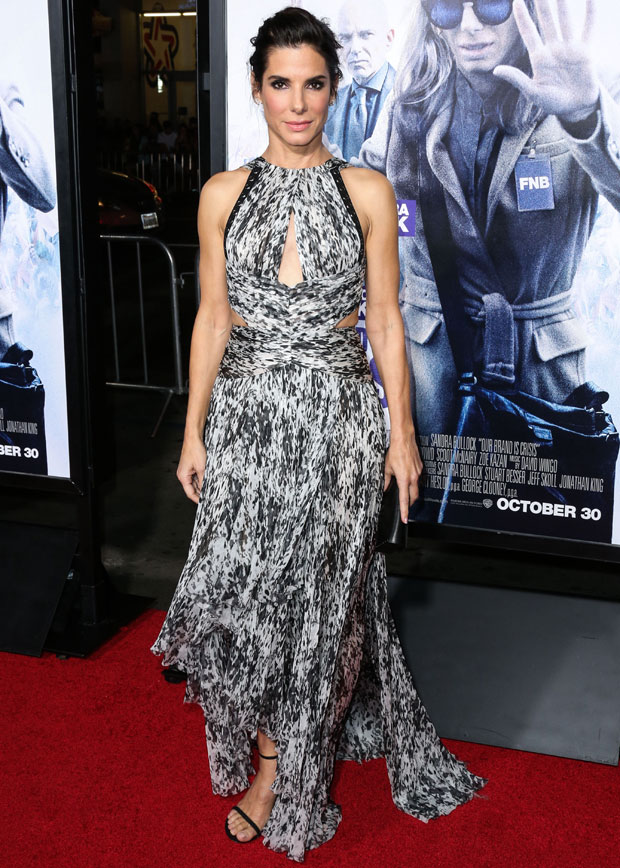 Along with Joey, Brad, and Sandra Bullet Train also stars Aaron Taylor-Johnson, Zazie Beetz, and Lady Gaga! The movie is helmed by David Leitch, who’s responsible for some very successful action movies of the past few years. He directed the 2017 hit Atomic Blonde, starring Charlize Theron, along with 2018’s Deadpool 2.