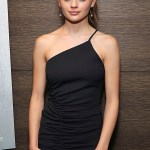 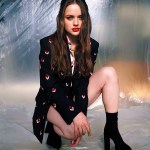 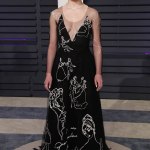 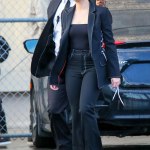 2020 has been a total drag, but actress Joey King is still “hoping that there’s hope” for the future. The 21-year-old actress opened up to Cosmopolitan Magazine and graced the cover of the outlet’s September issue, where she chatted about all things Netflix and more! Most notably, the acting phenom got very candid about acting with her former boyfriend and on-screen love interest Jacob Elordi, 23. The former couple filmed both The Kissing Booth 2 and the third installment back-to-back and, according to Joey, the process was not that easy.

“No one’s thinking to themselves, ‘That was easy,’ because it wasn’t,” Joey admitted to the outlet. “I’m sure people will analyze every movement and every detail. And you know what? Let them.” Joey and Jacob had a fairly low-profile relationship between 2017 and 2018. They met on the set of the surprise Netflix hit The Kissing Booth around January-February 2017 playing love interests Elle Evans and Noah Flynn, sharing some PDA on social media and on red carpets until their quiet split in the fall of 2018.

Following their breakup, the Emmy-nominated actress kept everything incredibly professional. “At the end of the day, I was just thrilled to be Elle Evans again,” Joey said of returning to set for the sequel and third installment, due on Netflix in 2021. “There’s so much I want to say. What’s the most, um, correct way to go about this? Elle Evans needs her Noah Flynn, and whatever that means for my personal life, I’ll do anything to make sure the story of my character who I care about so much is complete.”

Clearly, Joey is more than content moving forward with a focus on her career. And she has a lot in store. The actress currently has two projects in production — Camp where she will play Sarah, and Bullet Train in which she will star alongside Oscar-winner Brad Pitt. She also has another project in development called The In Between. As for Jacob, the actor has been praised for his dramatic turn in the HBO Emmy-nominated series Euphoria. He stars alongside an ensemble cast of impressive young talent, including Zendaya. The two HBO stars have actually been spotted spending quite a lot of time together off set, although Jacob insists that he and the Emmy-nominee are just friends. Regardless, these young actors have so much talent, poise, and confidence; we cannot wait to see what they do next!