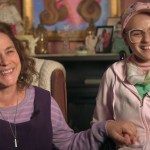 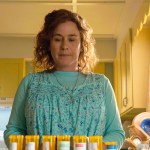 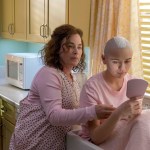 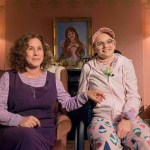 Joey King opened up to HL EXCLUSIVELY about taking on the role of the real-life Gypsy Rose Blanchard for ‘The Act.’ The actress revealed her intense preparation for the role and how her perception of Gypsy changed.

The first two episodes of The Act premiere March 20 on Hulu. At the center of this limited series is Gypsy Rose Blanchard and Dee Dee Blanchard, played by Joey King, 19, and Patricia Arquette, 50. The Act is inspired by the shocking real-life story of the Blanchards. The first season follows Gypsy as she tries to escape the toxic relationship she has with her mother, Dee Dee. Her journey to independence leads to Gypsy discovering unbelievable secrets, and her path ultimately leads to murder.

Joey completely transformed into the role of Gypsy. She shaved her head and mimicked her voice to become Gypsy. HollywoodLife spoke EXCLUSIVELY with Joey at the show’s New York City premiere on March 14 about the life-changing role. “I was so nervous to take on this role, but I was so excited,” Joey said. “I did a lot of preparation and stepping onto set that first day… we had a lot of rehearsal time, but there’s nothing like getting into full character on that set and being fully immersed in your character. It was a magical moment but it was really nerve-wracking.”

Mastering Gypsy’s high-pitched voice was part of Joey’s preparation. “I listened to her voice over and over and over again,” Joey continued. “I listened to so many videos, watched so many videos. Sometimes I would fall asleep with headphones in while listening to her interviews because I just wanted to get it in my voice and practice the tone, practice the pitch until I thought I had it right.”

As she filmed the series and saw Gypsy’s evolution, Joey admitted that her perception of Gypsy changed. “When people watch the show, there are going to be moments where they sympathize with her and feel very bad for her, and then there will be moments where they don’t like her but they’re going to feel sorry for her all over again. It’s a bit of an emotional roller coaster for all of the characters. But I definitely saw a different side of Gypsy while playing her. She is a victim for sure, but she’s very manipulative. It’s very complex,” Joey told HollywoodLife. “We’re going to get into Gypsy’s head for sure. We did take some creative liberties as any show would, but I think we’ll definitely get an accurate vision of what it was like to be Gypsy.”

The real-life story of Gypsy Rose Blanchard is both tragic and horrifying. For years, Dee Dee had told her daughter that she suffered from leukemia, asthma, muscular dystrophy, brain damage, and more. Gypsy was forced to use a wheelchair and feeding tube that she did not need. When Gypsy discovered that her health issues were a lie, she sought to escape her mom. Dee Dee is believed to have suffered from Munchausen syndrome by proxy, a psychological disorder in which a parent or other caretaker exaggerates or fakes illnesses or symptoms in another person who is in their care. Gypsy eventually met a boyfriend, Nick Godejohn, online and they plotted to kill Dee Dee. Dee Dee was found dead in her home on June 14, 2015. Gypsy pled guilty to second-degree murder and is currently serving a 10-year sentence in connection to her mother’s murder.

Even though Gypsy and Dee Dee’s relationship is toxic, getting to work with Patricia is something Joey will never forget. “She’s probably the most incredible actor that I’ve ever worked with and probably one of the most incredible humans,” Joey gushed about Patricia. “I’m so lucky to have shared the screen with her. I still have to pinch myself every day that I got to. I couldn’t speak more highly of her. I love her so much.”

Joey didn’t get to meet Gypsy while working on The Act. When asked whether or not she would want to meet Gypsy someday, Joey said: “I don’t know. I feel like I can’t determine now that the show’s over if I would want to or not. Part of me would, but part of me also feels maybe it’s best that I didn’t. I’m not really sure. I go back and forth on it.”