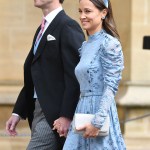 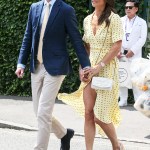 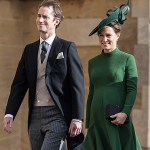 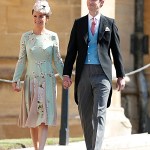 Carole Middleton has confirmed the rumors that her daughter, Pippa Middleton, is pregnant with baby number two!

(UPDATE: 3/4/2021 AT 9:45 A.M. ET): Carole Middleton has confirmed Pippa Middleton and James Matthews‘ exciting pregnancy news nearly two months after reports first surfaced that another baby was on the way. “I hope to see more of my family than I did last year, including, of course, my new grandchild,” Carole told Good Housekeeping UK magazine. The subtle confirmation came following mid-December reports that Pippa was pregnant again.

(ORIGINAL STORY): The royal family is expanding! Pippa Middleton, 37, is expecting her second child with husband James Matthews, 45, according to a new report on December 14. Pippa, who is the younger sister of the Duchess of Cambridge Kate Middleton, has not addressed or confirmed the pregnancy report. HollywoodLife has reached out to Kensington Palace for comment.

“Pippa and James are thrilled, it’s fantastic news amid a difficult year,” a source close to the family told Page Six, adding, “The entire family is delighted.” Despite the latter tip, the royal family has not released a public statement concerning Pippa. The couple, who wed in 2017, already has a 2-year-old son named Arthur Michael William Matthews.

Pippa, who’s been pretty quiet throughout 2020, was most recently seen in a Twitter photo shared by Mary Hare School in the United Kingdom on December 11. The Celebrate author made a special, pre-Christmas appearance to honor the students’ achievements throughout the COVID-19 pandemic.

“Well done to all our primary and secondary pupils who received awards today for their Christmas card designs from our Ambassador [Pippa Middleton],” the tweet read alongside a photo of Pippa standing in front of a Christmas tree. She was all smiles while dressed in a red holiday sweater.

In January, the Duke and Duchess of Sussex announced that they would be stepping down from their roles as senior members of the royal family to become financially independent. More recently, Harry and Meghan revealed that they had suffered a miscarriage. The former Suits actress shared the devastating news in an  op-ed she penned for the New York Times, which was published on November 25. Around the same time, rumors were swirling that Meghan and Harry were expecting their second child.