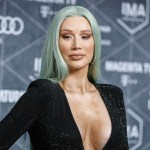 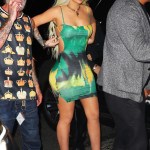 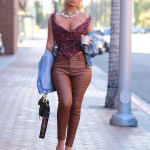 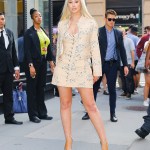 Iggy Azalea gave an update on her son, Onyx, on Feb. 7. “In other news my son is about to walk any day now!” the 30-year-old rapper tweeted. Eight months after confirming that she gave birth to her and Playboi Carti’s son, Iggy was pleased to say that her 9-month-old is about to take his first steps. “He has been standing and trying to step [forward] but lands on his butt. I feel like it’s about to happen and I’m so f-ckingggg excited.”

In other news my son is about to walk any day now!
He has been standing and trying to step fwd but lands on his butt.
I feel like it’s about to happen and I’m so fuckingggg excited.

A few days before sharing this update, Iggy also gave fans another look at her beautiful son. “Another perfect day with you,” she captioned the Feb. 3 Instagram post. In the picture, Iggy holds Onyx tight against her chest while standing on a balcony. With the city skyline in the background, and Iggy’s makeup looking incredible, it was a fabulous picture of mother and son. Speaking of which, fans were shocked with how big her baby boy was getting. “He’s HUGE,” one commenter said, while another said that “bro grew up in 2 days.”

It won’t be long before Onyx is blowing out the candles on his first birthday cake. (“Am I extra for planning my baby’s birthday party 5 months in advance?” Iggy tweeted at the start of December. “It’s just a mood board!”) Ever since Iggy revealed that she was a mom – “I have a son,” she wrote in June 2020, after numerous reports of a secret pregnancy – the “TEAM” rapper has embraced motherhood openly with two arms…which is what she needs to pick up her growing baby. “Onyx was so small in this pic. How is he already a big a– kid now days. It goes so fast,” she posted to her Instagram Story in January, along with a photo of her son on a playmat. “I tried to get a picture yesterday & this was all he’d stay still for … like. …He’s huge now.”

Am I extra for planning my baby’s birthday party 5 months in advance?

It’s just a mood board!

Iggy did her best to keep her pregnancy hidden from the public view. For the most part, she was successful. Yes, there were a few fans who clocked her bump in a behind-the-scenes vignette of her “Lola” video, but outside of that, Iggy hid her pregnant body up until the day she popped the bun out of her oven. For those who were curious what she looked like at the height of her pregnancy, Iggy shared a throwback bump pic at the end of January. Iggy wore a purple one-piece swimsuit in the snap, her hair up in a white towel turban.