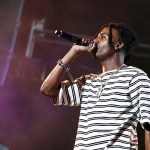 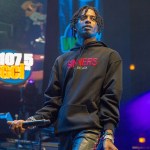 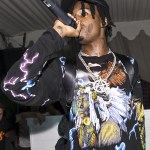 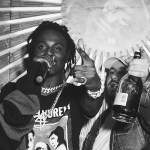 Rapper Playboi Carti was allegedly arrested on drug and traffic charges in Georgia, according to a new report. Here’s what you need to know about the artist, and the situation.

UPDATE, 4/3/20, 12:55pm ET: Rapper Playboi Carti was reportedly arrested on traffic and drug charges on Thursday, April 2, according to the Atlanta Journal-Constitution. Carti, real name Jordan Carter, was stopped in Georgia while in his Lamborghini by a police officer for allegedly having expired tags, according to a press release from Clayton County Sheriff Victor Hill. Another man named Jaylon Tucker was also taken into custody.

ORIGINAL: Playboi Carti, 23, shook up the charts with the release of his song, “Poke It Out” which featured Nicki Minaj. But there’s more to know about Carti than just this one track. Here’s what you should know about the rapper, whose real name is Jordan Terrell Carter:

1. He worked with Nicki Minaj on his track, “Poke It Out.” The song dropped on May 11, and immediately began causing a stir on Twitter. Nicki’s fans had nothing but praise for the track, especially for her verse, where she claims she’s the queen of rap. “You know that I stay with them great lines,” she sings. “End b****es’ careers, cut them break lines.” Later on, she adds, “These little musty b****es thinkin’ they can take mine, you b***hes chances lookin’ slimmer than my waistline.”

2. He dropped a surprise album on May 11, 2017. “Poke It Out” was just one of the contributions to the artist’s newest release, Die Lit. The project features collaborations from fellow rappers like Travis Scott, Lil Uzi Vert, Chief Keef, Young Thug, Bryson Tiller, and more. He released his Travis Scott collab “Love Hurts” a week before the official album drop. The track “R.I.P. Fredo” is a tribute to Fredo Santana, the late Chicago rapper who passed away this past January. Playboi Carti’s signed to A$AP Rocky’s label AWGE. He was previously signed to rapper Father‘s label Awful Records, but signed to the A$AP Mob creative collective after falling out with Father. He released his eponymous debut mixtape in April 2017 which reached #12 on the Billboard 200.

3. He’s been linked to Iggy Azalea. The rappers were first spotted together on a dinner date at Mastro’s Steakhouse in Beverly Hills on Thursday, September 13. After that, they continued to fuel romance rumors when they were seen holding hands at the Rolling Loud Festival in Los Angeles on Sunday, September 16. Then, they were photographed leaving Craig’s together after a dinner date on Thursday, September 19. Neither rapper has confirmed they’re officially dating, but the proof seems to be in the pics!

4. He’s modeled for Kanye West’s clothing line. Not only did he model for Yeezy Season 5, but he’s also posed for Drake‘s Summer 2016 OVO Lookbook. His fashion sense is also a large part of his image, and he’s been described by GQ as the “leader of a youth style.”

5. He was arrested in July 2017. While at the Los Angeles International Airport, he got into an argument with his girlfriend and allegedly grabbed her backpack and forced her into an Uber. This alleged incident later resulted in his arrest for misdemeanor domestic battery. In Aug. 2017, it was announced that Carti wouldn’t face domestic abuse charges.