Iggy Azalea has given fans another glimpse of her eight-month-old son Onyx! The Australian rapper, 30, took to her Instagram Story on January 21 to share a series of snaps of her little boy — and he’s seriously adorable! The first pic was a throwback of little Onyx laying on his back on a play mat. “Onyx was so small in this pic how is he already a big a** kid now days. It goes so fast,” she captioned the cute photo, which showed him wearing an orange bib. Next up was a blurry selfie of the mother-son duo, which was captioned, “I tried to get a picture yesterday & this was all he’d stay still for … like.”

Finally, Iggy posted a pic of her mini-me rocking a grey tee and black shorts while standing up and leaning against a grey couch. “He’s huge now,” she captioned the snap, which also showed his full head of dark hair. It comes just a few months after she endured a very public breakup from Onyx’s dad, Playboi Carti. Now, she’s determined to make the most of 2021, a source close to the “Fancy” hitmaker told HollywoodLife exclusively. “Iggy is on a mission to make 2021 her year for a big transformation. Not so much in terms of a physical makeover, but after everything that happened in 2020 with her relationship and now that she’s looking better than ever, she’s determined to improve all aspects of her life,” the source revealed. 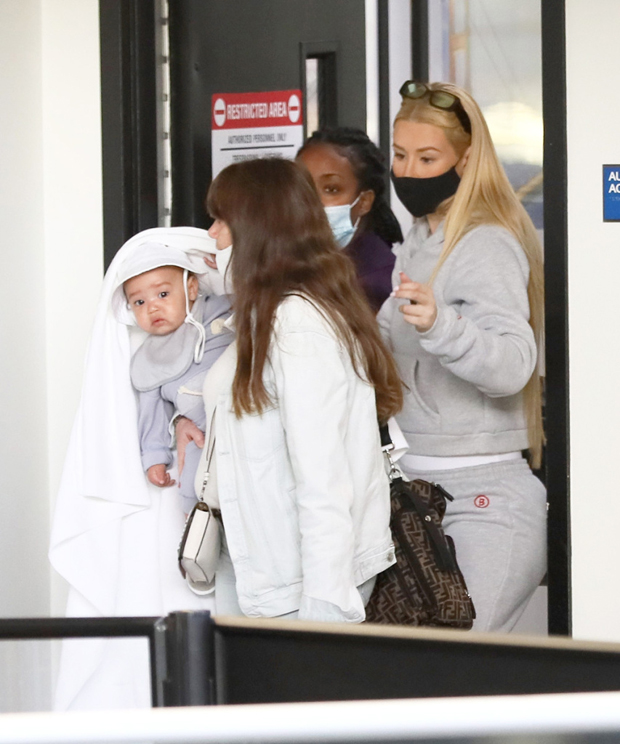 The insider also explained that Iggy “took some time for herself” to enjoy life with her adorable son Onyx, but was prepared to focus on new beginnings. “She’s taking this next chapter to focus on her career, to try and pick up some hobbies that she’s never done before, and to just do what makes her feel happy,” the source told HL. “Iggy’s not sure that she’s necessarily ready to date, but she’s also not closed off to the idea either. But she knows that she wants to be more selective when it comes to the men she dates especially given the fact that it’s not just about her anymore. She’s really excited about seeing what she can accomplish and where she’ll be in a year from now.”