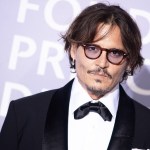 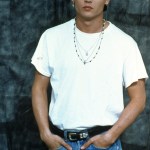 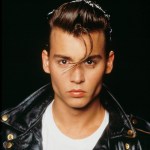 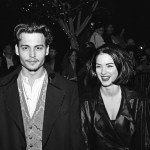 “In light of recent events, I would like to make the following short statement,” Johnny Depp wrote at the start of the letter he posted on Nov. 6, four days after the 57-year-old actor lost his libel suit against The Sun over an article involving allegations of abuse concerning his ex-wife, Amber Heard. “Firstly, I’d like to thank everybody who has gifted me with their support and loyalty. I have been humbled and moved by your many messages of love and concern, particularly over the last few days. Secondly, I wish to let you know that I have been asked to resign by Warner Bros. from my role as Grindelwald in Fantastic Beasts, and I have respected and agreed to that request.”

“Finally,” continued the actor, “I wish to say this. The surreal judgment of the court in the U.K. will not change my fight to tell the truth and I confirm I plan to appeal. My resolve remains strong and I intend to prove that the allegations against me are false. My life and career will not be defined by this moment in time. Thank you for reading. Sincerely, Johnny Depp.”

The case Johnny mentioned was his lawsuit against Britain’s The Sun newspaper, its executive editor Dan Wootton, and its publisher, News Group Newspapers. Johnny sued over an article that called him a “wife-beater” in regards to his relationship with Amber, 34, per NBC News. On Monday (Nov. 2), Justice Andrew Nicol ruled that News Group and Wootton “have shown that what they published … was substantially true. I have found that the great majority of alleged assaults of Ms. Heard by Mr. Depp have been proved to the civil standard.”

Johnny’s legal team said, at the time, that the “judgment is so flawed that it would be ridiculous for Mr. Depp not to appeal this decision.” Johnny’s lawyer argued that the judge relied too heavily on Amber Heard’s testimony while claiming the justice disregarded “a “mountain of counter-evidence” from police, medical practitioners, and documentary sources, which “completely undermined the allegations,” per NBC News.

Due to the allegations made by Amber, 34, Johnny’s involvement in the Fantastic Beasts franchise was a subject of much scrutiny and protest. The series creator, J.K. Rowling, initially voiced support for Johnny when he returned for the sequel. “When Johnny Depp was cast as Grindelwald, I thought he’d be wonderful in the role. However, around the time of filming his cameo in the first movie, stories had appeared in the press that deeply concerned me and everyone most closely involved in the franchise,” she wrote in a 2017 essay.

“Based on our understanding of the circumstances, the filmmakers and I are not only comfortable sticking with our original casting, but genuinely happy to have Johnny playing a major character in the movies,” she added. Apparently, that “comfortable” feeling is no longer there.

The third Fantastic Beasts film is currently in production in London, and will still star Eddie Redmayne as lead Newt Scamander and Jude Law as a younger Albus Dumbledore. The franchise were further thrown into scandal when the Harry Potter creator defended her stance on trans issues, a position that many in the Harry Potter community, including Redmayne, have publicly spoken out against.