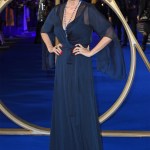 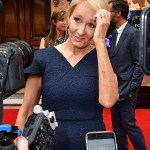 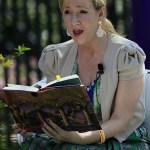 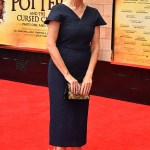 UPDATE 6/10 @ 9:10 p.m. ET: Warner Bros., the studio that produced the Harry Potter and Fantastic Beasts films, has responded with a statement. “The events in the last several weeks have firmed our resolve as a company to confront difficult societal issues,” the studio said to our sister publication Variety. “Warner Bros.’ position on inclusiveness is well established, and fostering a diverse and inclusive culture has never been more important to our company and to our audiences around the world. We deeply value the work of our storytellers who give so much of themselves in sharing their creations with us all. We recognize our responsibility to foster empathy and advocate understanding of all communities and all people, particularly those we work with and those we reach through our content,” they also said.

“Respect for transgender people remains a cultural imperative, and over the years I have been trying to constantly educate myself,” Eddie Redmayne, 38, star of the cinematic adaptation of J.K. Rowling’s Fantastic Beasts and Where to Find Them, said in a June 10 statement to Variety, Eddie – who also portrayed Lili Elbe, a trans woman, in the 2015’s The Danish Girl – made these remarks in response to Rowling’s recent anti-trans comments on Twitter. “This is an ongoing process. As someone who has worked with both J.K. Rowling and members of the trans community, I wanted to make it absolutely clear where I stand.”

“I disagree with Jo’s comments,” said Eddie. “Trans women are women, trans men are men, and non-binary identities are valid. I would never want to speak on behalf of the community, but I do know that my dear transgender friends and colleagues are tired of this constant questioning of their identities, which all too often results in violence and abuse. They simply want to live their lives peacefully, and it’s time to let them do so.”

Eddie’s statement comes days after J.K., 54, came under fire after she posted a series of tweets that equated biological sex to gender. “If sex isn’t real, there’s no same-sex attraction. If sex isn’t real, the lived reality of women globally is erased. I know and love trans people, but erasing the concept of sex removes the ability of many to meaningfully discuss their lives. It isn’t hate to speak the truth.”

“The idea that women like me, who’ve been empathetic to trans people for decades, feeling kinship because they’re vulnerable in the same way as women — ie, to male violence — ‘hate’ trans people because they think sex is real and has lived consequences — is a nonsense,” she added. Many activists for trans rights argued with J.K. that biological sex does not equate gender. The argument on the trans rights’ side has long been that gender is a social construct and exists independently of the physical genitalia a person is born with.

This is not the first time that J.K. has been accused of being transphobic, but it is the first time that many Harry Potter stars have come out against her comments. Shortly after Rowling tweeted her comments, stars like Daniel Radcliffe, Evanna Lynch, Noma Dumezweni, and Katie Leung denounced J.K. and showed support for the trans community.