UPDATE 6/10 @ 9:10 p.m. ET: Warner Bros., the studio that produced the Harry Potter films, has responded with a statement. “The events in the last several weeks have firmed our resolve as a company to confront difficult societal issues,” the studio said to our sister publication Variety. “Warner Bros.’ position on inclusiveness is well established, and fostering a diverse and inclusive culture has never been more important to our company and to our audiences around the world. We deeply value the work of our storytellers who give so much of themselves in sharing their creations with us all. We recognize our responsibility to foster empathy and advocate understanding of all communities and all people, particularly those we work with and those we reach through our content,” they also said.

As many in the Harry Potter fandom and allies of the trans community continued to protest recent tweets by J.K. Rowling about transgender people, the author took to her personal website to further defend her decision to speak out on trans issues. In a 3,600 word essay, Rowling states clearly that her stance is in support of ‘single-sex spaces,’ laying out five points behind her opinions, including her confession that she is a survivor of sexual assault.

In her essay, she addresses much of the criticism against her viewpoint, admitting that she has, in fact, met “trans people, and read sundry books, blogs and articles by trans people, gender specialists, intersex people, psychologists, safeguarding experts, social workers and doctors, and followed the discourse online and in traditional media,” as so many people have recommended she do to help better influence her perspective.  She further admits that she in started her research into trans issues for her Cormoran Strike crime novels, which she writes under the pseudonym Robert Galbraith. 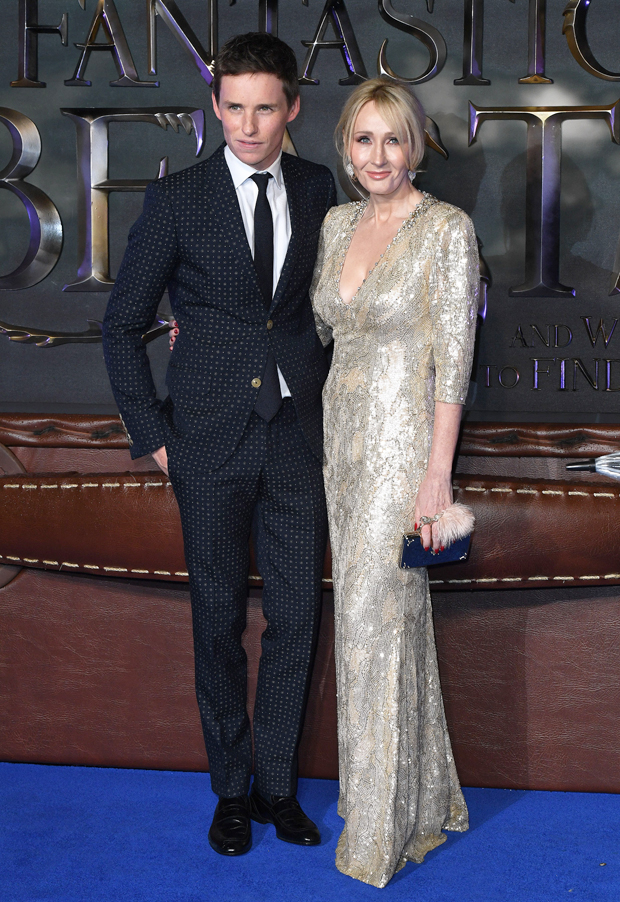 But it is in the final point of her list of “worries about the new trans activism” that she reveals she was sexually assaulted earlier in her life. “I’m mentioning these things now not in an attempt to garner sympathy, but out of solidarity with the huge numbers of women who have histories like mine, who’ve been slurred as bigots for having concerns around single-sex spaces,” Rowling writes in her piece titled, J.K. Rowling Writes about Her Reasons for Speaking out on Sex and Gender Issues.

She goes on from there to discuss her ‘first violent marriage’ and how the tweets she posted on June 6th resurfaced “memories of a serious sexual assault I suffered in my twenties recurred on a loop.” “That assault happened at a time and in a space where I was vulnerable,” she explained, “and a man capitalised on an opportunity.  I couldn’t shut out those memories and I was finding it hard to contain my anger and disappointment about the way I believe my government is playing fast and loose with womens and girls’ safety.”

It is here that Rowling makes her position quite clear on the conversation of trans rights. To start, she admits her feeling a “kinship” with the community. ” If you could come inside my head and understand what I feel when I read about a trans woman dying at the hands of a violent man,” she writes, “you’d find solidarity and kinship. I have a visceral sense of the terror in which those trans women will have spent their last seconds on earth, because I too have known moments of blind fear when I realised that the only thing keeping me alive was the shaky self-restraint of my attacker.”

However, despite her admitted understanding of the struggles of trans people, and acknowledging that the community sees as much violence against themselves as cis gender women, she confesses that she still believes that “single-sex spaces” should be observed. She writes:

“I believe the majority of trans-identified people not only pose zero threat to others, but are vulnerable for all the reasons I’ve outlined. Trans people need and deserve protection. Like women, they’re most likely to be killed by sexual partners. Trans women who work in the sex industry, particularly trans women of colour, are at particular risk. Like every other domestic abuse and sexual assault survivor I know, I feel nothing but empathy and solidarity with trans women who’ve been abused by men.

So I want trans women to be safe. At the same time, I do not want to make natal girls and women less safe. When you throw open the doors of bathrooms and changing rooms to any man who believes or feels he’s a woman – and, as I’ve said, gender confirmation certificates may now be granted without any need for surgery or hormones – then you open the door to any and all men who wish to come inside. That is the simple truth.”

The essay comes off the heels of the stars of both the Harry Potter and Fantastic Beasts franchises taking a firm stance against Rowling’s views. Daniel Radcliffe, who starred as the iconic Harry Potter in all 8 films, wrote his response through the Trevor Project, a charitable organization that, among other things, provides a national 24-hour, toll free confidential suicide hotline for LGBTQ youth. He was steadfast in saying that “transwomen are women,” and lamented that Rowling’s words have caused many fans distress. “To all the people who now feel that their experience of the books has been tarnished or diminished,” he wrote. “I am deeply sorry for the pain these comments have caused you. I really hope that you don’t entirely lose what was valuable in these stories to you.”

Eddie Redmayne, who plays Newt Scamander in the Fantastic Beast films, echoed Daniel’s sentiments.“Respect for transgender people remains a cultural imperative,” Eddie said, standing alongside his fellow ‘wizarding’ stars who have been champions for the trans community.

HollywoodLife has reached out to both GLAAD and The Trevor Project for statements concerning Rowling’s latest words. A representative from GLAAD explained they have “reached out to Rowling multiple times to engage in a dialogue and haven’t heard back from her reps.” The further shared their statement from earlier in the week, following her initial tweets: “JK Rowling proactively spreads misinformation and has refused conversations with LGBTQ leaders who merely want to have a dialogue and let her know the negative impact that these tweets have. A generation raised on JK’s own books about embracing differences is now making their voices loud and clear and if she refuses dialogue, then companies that partner with her should tell the community where they stand. Studios, networks, and brands affiliated with JK Rowling owe it to their transgender employees and consumers to speak out against her inaccurate and hurtful comments. ”

Additionally, Tia Dole, Ph.D., Chief Clinical Operations Officer for The Trevor Project, added: “Transgender and nonbinary youth want nothing more than to be respected for who they are. Based on The Trevor Project’s research, we know that affirming gender identity among trans youth is consistently associated with lower rates of suicide attempts. For those looking to learn more about gender identity and how you can support the trans youth in your life, I urge you to read our Guide to Being An Ally for Transgender and Nonbinary Youth.”

UPDATE (6/10/20, 6:58 p.m. ET): In response to J.K. Rowling’s controversial stance, a GLAAD spokesperson provided the following statement to HollywoodLife: “It seems JK is good at only one thing: writing fantasy. Her misinformed and dangerous missive about transgender people flies in the face of medical and psychological experts and devalues trans people accounts of their own lives. She is sowing divisiveness in a time when real leaders are driving toward unity. And to all the trans and cisgender youth raised on her books who are now loudly speaking up in support of the trans people you know and love, you are the future and we can’t wait to read and watch the beautiful art you will create.”

To that end, if you feel that you need to immediate support, please call the TrevorLifeline at 1-866-488-7386 or go to their website to select the TrevorChat option. to connect with a counselor