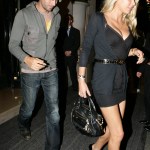 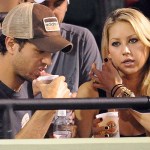 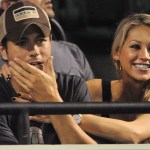 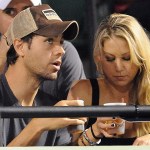 Ready the strawberries and cream and freshen the grass, a new Wimbledon champion is on her way! In an adorable new post, former tennis star, Anna Kournikova, 39, shared the sweetest snap of her seven-month-old daughter, Mary, wearing an all-white outfit. The ensemble, captured on September 16, was complete with a sleeveless Polo top and flowing white skirt that hit just above her knees and featured lace detailing. Anna, who shares her daughter, and two more children — twins Lucy and Nicholas, 2 — with partner Enrique Iglesias, 45, couldn’t help but gush about her youngest.

“Wimbledon, here I come,” Anna captioned the image, featuring a heart-eyes emoji along with a slew of tennis balls! Fans and a few famous tennis stars loved the picture of Mary, who also goes by the Russian iteration of the name — Masha. This year’s US Open runner-up and two-time Grand Slam champion Victoria Azarenka commented with three heart emojis. And Anna’s doting partner left a comment that simply said “My [heart],” leaving a heart emoji.

If sweet little Masha is going to be a tennis player, then she definitely has the added advantage of having the athletic abilities run through her DNA. Her stunning mom was a major tennis star in the late ’90s and early aughts. In 1997, Anna made it all the way to the semi-finals of The Championships, Wimbledon. She eventually lost in the semi-final match to Martina Hingis, but had plenty more successes in her career. Wimbledon is the only Grand Slam that details a specific dress code, where players are required to wear all-white as seen in the photo of Anna below and adding more context for her daughter’s outfit.

By November 2000, Anna achieved a career-high singles ranking of no. 8 in the world for women’s tennis. In contrast, she won two Grand Slams in Women’s Doubles — winning the Australian Open in 1999 and 2002. After an incredible career, Anna chose to retire in May 2007, and turned her attention to her personal life. She and Enrique welcomed their twins 10 years after Anna retired in 2017, and on January 30, 2020, Masha was born!

Anna isn’t the only former or present tennis star who is thinking about getting a racket in her youngster’s hands. During one of her post-match interviews, 23-time Grand Slam champion Serena Williams gushed that she couldn’t wait to get a racket in her daughter, Olympia‘s, hands! Even Victoria Azarenka has shared that her three-year-old son, Leo, had a bit of an interest in the sport. Regardless of whether she chooses to be a player or not, we hope to see Anna’s little one make a trip to the greens of Wimbledon in the future!