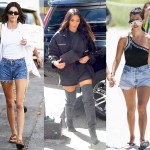 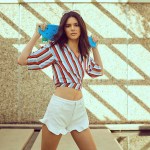 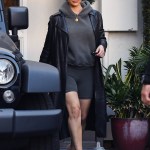 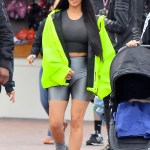 Kendall Jenner is finally spilling why she ranked Kourtney Kardashian as the worst parent among her five siblings. She even gave Kourt the reason straight to her face.

Kendall Jenner and Kourtney Kardashian are still arguing over how the 24-year-old model went on The Late Late Show with James Corden and ranked the 41-year-old mom of three as the absolute worst Kar-Jenner parent. The sisters appeared on the Sept. 10 episode of the podcast Sibling Reverlry With Oliver & Kate Hudson, which you can listen to here. Kendall famously made the accusation during a Dec. 10, 2019 appearance where she played a game of “Spill Your Guts or Fill Your Guts.” Kendall was asked, “Rank your siblings Kim, Kylie, Khloe, Kourtney and Rob from best to worst parents.” “They actually are all amazing, they really are,” Kendall gushed. “I’d say Rob is number one, he’s so good to his daughter. Then it would be like Khloe, Kim, Kylie, Kourtney,” Kendall revealed, breaking down in hysterics. It turns out that Kourtney is still stewing about it.

“Kendall recently said something that I wasn’t happy about. She went on James Corden and they said rate your siblings in order of best parent to worst parent and she…And I saw her right after at a party and she ran up to me and was like ‘Oh my God I said this thing and I said you as a last parent and ha ha like it was a joke I didn’t mean it’ and I was like….” a less than thrilled Kourtney began.

Kendall jumped in to say, “First of all that is not what I said to you. I went up to you, because I was like, ‘I’m going to put Rob before us and the rest’ so I’m just not even going to like…I’m just going to throw them out there and I swear to God Kourtney happened to be the last one.”

Kendall continued, “But then I was like ‘OK that sounds kind of bad,’ but before I was like they’re all amazing, they all are incredible parents. And I don’t have a kid, we were just talking about that. So I can’t really speak for anyone because I don’t have a child. But I know just visually how amazing they are.” Kourtney then told Oliver and Kate that what Kendall said on Corden made her feel like a target among her siblings yet again.

“Everybody’s always saying something about me. So I’m just like I am the least one that needs to have more said,” Kourt huffed. When Oliver asked why she felt like she got picked on, the Poosh founder said, “I don’t know. I don’t know if I make an easy target or if they think I’m not gonna say anything. Or if it’s just like if she would’ve said that about Kim or Kylie,” Kourtney claimed. “Me or Khloe would’ve been the easiest ones to say it about. So I feel like forget about it if you said about Kim and Kylie.”

Kendall then explained that because she sees Kourtney’s kids with ex Scott Disick — Mason, 10, Penelope, 8, and Reign, 5 — far more often than she sees her other nieces and nephews. As a result, she has a more intimate view of Kourt’s parenting,  which Kendall says is too lenient. The Estee Lauder brand ambassador said, “I think naturally there is definitely differences in discipline and all those things. And not to say any of them right or wrong or bad. Like I said, I can’t really speak because I don’t have kids.” But she then told Kate that Kourtney is definitely the most “lenient” parent among the Kar-Jenners.

The sisters both seemed to agree on who is the strictest though. Kendall said it was a close tie between Kim and Khloe, leaning more towards mother of four Kim, 39. But Kourt said, “I think it’s Khloe.” Kate pointed out, “I would assume it would be Khloe just based on her personality,” as she’s known to be a bit obsessive-compulsive and craves order. Kourtney then solidified her position that Khloe — mother of two-year-old daughter True Thompson — is the strictest parent, and didn’t even try to deny Kendall’s claim that she’s the most tolerant and easy going when it comes to disciplining her children.