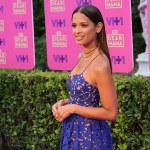 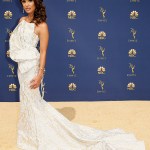 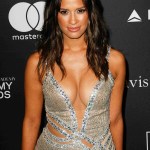 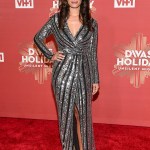 ‘Cannonball’ co-host Rocsi Diaz is EXCLUSIVELY opening up about her secrets for maintaining that perfect hourglass figure in this new interview!

Rocsi Diaz, 38, has not been shy on social media lately when it comes to showing off her perfectly sculpted and curved body and her secrets are pretty simple. “I just workout,” the Cannonball co-host shared EXCLUSIVELY with HollywoodLife during an episode of TVTalk on Instagram Live on Sept. 3. “There’s these stairs that are here in my neighborhood and there’s 397 steps and I try to do those at least three times a week. So I go out there and I do stairs. I do a lot of cardio but the stair master and stairs. Three times a week at least 30 minutes to an hour a day. Your body is going to change.”

The gorgeous Emmy winner has been laying low at home during the COVID-19 outbreak, but she has been able to keep her figure in tact with the help of a good diet, too. “I watch what I eat,” Rocsi said. “What a lot of people don’t understand when it comes to a flat stomach and abs, a lot of it is about your diet and what you’re putting into your body because a lot of foods that we eat make us bloat. So I stay away from red meat. I don’t eat any pork. Chicken is like here or there, and seafood, I’m pretty much on that pescatarian diet. I stay away from dairy. Substitute, substitute, substitute! Almond milk, you’ve got to do coconut milk, you’ve got to do oat milk. You’ve got to get away from dairy. And drinking a lot of water! And green tea!”

Not one to rely on carbonated drinks, Rocsi admits she has a problem when it comes to her green tea addiction as she just can’t get enough! “I literally make a pitcher a day,” she revealed. “I put a little bit agave in it to just sweeten it a little bit. If I’m not drinking water, I’m drinking green tea. Since it can dehydrate you, it’s really not that good to be drinking that much, but I don’t do carbonated drinks that much. So that’s my advice. I do have cheese every once in awhile but I really try to stay away from it. It’s all in your diet. If you switch up a few things in your diet, get to a stair master or climb the flights of stairs, whatever you can do, you’ll see a change in 3 weeks.”

Along with WWE star Mike “The Miz” Mizanin, 39, Rocsi finished up season one of the USA Network show which filmed back in the fall of 2019 in Los Angeles. Rocsi and Mike breakdown a bevy of crazy cannonballs each episode by various contestants. The show tests the contestants to bring their A-game in splash form in hopes of winning a $10,000 prize.

With its freshman season now officially complete, Rocsi is hoping good news comes for a season 2 soon. “I’m kind of sad that it’s the season finale,” Rocsi said a few hours before the episode aired. “I have all the hope in the world that for season 2 we will go back.”