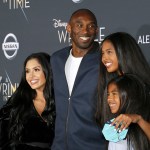 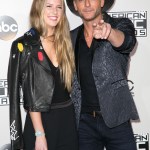 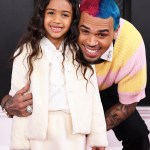 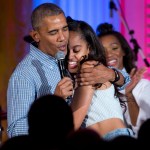 Dwayne Johnson teased fighting a ‘scary dinosaur’ in the caption to his latest Instagram photo, featuring daughters — Jasmine, 4, and Tiana, 2 — playing with their doting ‘Girl Dad.’

Dwayne ‘The Rock’ Johnson might want to consider changing his nickname to Dwayne ‘The Girl Dad‘ Johnson! The Hobbs & Shaw actor, 48, shared a beautiful, candid moment to his Instagram account, featuring his two young daughters — Jasmine Johnson, 4, and Tiana Gia Johnson, 2. In the snap, Dwayne was completely on his daughters’ level, sitting on the floor surrounded by toys of bright pink, purple, and blue hues.

Me: so daddy got this scar when he fought a huge, scary dinosaur 🦖 Tia: Whooooaa really? Me: Yup. Jazzy: But, daddy I thought dinosaur’s weren’t alive anymore? Me: Well… the dinosaur daddy fought is a very special one. Tia: What’s his name? Me: Uh.. WHO WANT’S ICE CREAM!? Jazzy/Tia: I DOOOOO!!!! Me: * starts “Daddy, Daddy, Daddy” chant 🤣✊🏾 #weekendvibes #daddytime 🦖🍦

The newly-minted highest-paid actor in Hollywood also shared a sweet story in the caption to his post. “Me: so daddy got this scar when he fought a huge, scary dinosaur,” Dwayne began his accompanying words to the photo. He noted that Tiana exclaimed, “Whooooaa really?” at the thought of her former pro wrestler dad coming face-to-face with a jurassic creature. “But, daddy I thought dinosaur’s weren’t alive anymore?” Jasmine aptly noted. “Well… the dinosaur daddy fought is a very special one,” Dwayne replied.

As his daughters grew more and more curious about the origin of the scar, Dwayne quickly changed the subject, asking his kiddos, “who wants ice cream!?” After his daughters both screamed “I do,” per Dwayne’s caption, he noted that he started a “daddy, daddy, daddy” chant. The Jumanji: The Next Level star added the hashtags “weekend vibes” and “daddy time” to his caption.

Some very serious weekend creations going on here. Precision, focus, execution and explaining to my babies that it’s perfectly fine our 🐦 only has one eye, because that’s what makes him so special. Cool? Cool. Let’s eat my loves – daddy needs his carbs 🥞😂 #quarantineblessings #daddysgirls🖤

Though his name is ‘The Rock,’ Dwayne has proven time and again what a true ‘Girl Dad’ he really is. The actor has been known to share sweet images of his two young daughters — whom he shares with wife Lauren Hashian — on social media from time to time. And with each new post, it becomes more and more evident how completely devoted ‘The Rock’ is to raising confident, resilient young girls. Even in the caption to his latest post, fans couldn’t help but agree: “dad life is the best life!”

Pōmaikaʻi Blessed, strong and the world will hear from you one day. #internationalwomensday #fatherdaughter #jasminej

Along with Jasmine and Tiana, Dwayne also shares daughter Simone Alexandra Garcia Johnson, 19, with his first wife Dany Garcia. Simone was the 2018 Golden Globes Ambassador, highlighting the bright future she has ahead of her in the entertainment industry. Dwayne couldn’t be prouder to be the father of three incredible daughters, highlighting them on March 8, International Women’s Day, with three separate posts, sharing in the caption for his daughter, Jasmine, “Blessed, strong and the world will hear from you one day.”