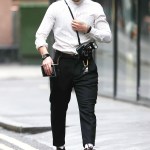 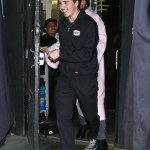 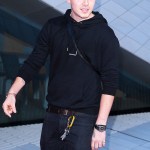 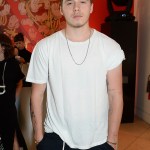 Brooklyn Beckham is ‘so happy’ with his new engagement to Nicola Peltz that ‘nothing can bring him down’ and that includes his ex-girlfriend Lexy Panterra’s comments about him being ‘too immature’ to get married.

Brooklyn Beckham, 21,  is having “zero doubts” about his engagement to his fiancee Nicola Peltz, 25, even after his ex-girlfriend Lexy Panterra, 30, made some shocking comments about how she thinks he’s “too immature” to get married because he “has a new chick every month.” “Brooklyn’s so happy right now, nothing can bring him down,” a source EXCLUSIVELY told HollywoodLife. “It’s a bummer that Lexi chose to speak badly about him but it won’t get to him. The only thing that matters to him is that Nicola wants to marry him, what Lexi thinks about it really doesn’t matter.”

The former love of the newly engaged hunk spoke with The Sun about their past relationship as well as her feelings on his future, and admitted that she was “shocked” when she heard his happy news. “I was pretty shocked and confused when I heard he got engaged,” Lexy, who dated Brooklyn in 2017, told the outlet. “It’s not something anyone was expecting and, honestly, Brooklyn is not ready for that. He is very young and way too immature.”

Shortly before Lexy’s new interview, Brooklyn and Nicola, who have been dating since Oct. 2019, both took to Instagram on July 11 to share gorgeous photos of themselves and captioned them with their engagement announcement. “Two weeks ago I asked my soulmate to marry me and she said yes xx I am the luckiest man in the world,” Brooklyn wrote in his caption. “I promise to be the best husband and the best daddy one day [heart emoji] I love you baby xx.”
The son of Victoria and David Beckham may still be young but our source tells us that he’s all in when it comes to marrying Nicola. “Brooklyn feels 100 percent ready to get married to Nicola, he has zero doubts,” the source confirmed. “Her love has transformed him in a lot of ways, He’s more grounded, it’s like he has this sense of calm now that he’s got the love of his life by his side.”

Neither Brooklyn or Nicola have spoken publicly about Lexy’s recent comments and have seemed to be busy continuing to bask in the glow of their soon-to-be marriage. The lovebirds have continued to share cozy pics on social media and have been met with numerous congratulatory messages from family, friends, and fans.