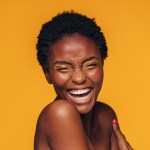 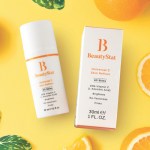 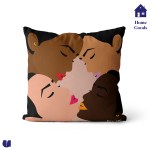 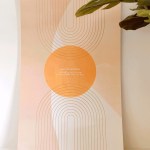 As we highlight black-owned businesses for Blackout Tuesday, celeb trainer Ridge Davis spoke to HL about how he adapted his fitness model in the midst of the BLM Movement.

Celebrity trainer Ridge Davis has taken the opportunity as a successful black man to use his platform to educate his followers as the Black Lives Matter movement continues to make waves. The PUMA-sponsored athlete launched a series on his Instagram called ‘REAL TALK’ following the viral and tragic murder of George Floyd, to start uncomfortable yet important conversations about the Black community and their experiences.

“I want to open up the conversation with successful black individuals in predominately white industries,” Ridge explained of his REAL TALK series in an EXCLUSIVE interview with HollywoodLife.com. “I want to discuss the challenges and their perspectives.” Recently, he welcomed former Super Bowl champ from the New York Giants, Brandon London, to discuss his experience and some taboo topics that Ridge says might ‘seem off-limits,’ but are the best way to “impact change.”

“It is unfortunate how the movement came to the forefront, BUT I think the BLM movement has been absolutely incredible!” he continued. “It’s been beautiful seeing the entire world coming together to fight for justice and equality. I believe everyone is putting in an effort to the best of their abilities, and that is all we can ask.”

The trainer also hosts a weekly Zoom workout session for his loyal followers, and donates all proceeds to the NAACP Legal Defense and Education Fund, as a way to continue to support the BLM movement. “Systemic change will happen when top leaders in our government and big companies are more diverse, and implementing laws and policies that represent inclusivity in our society,” Ridge said of the change that needs to come. “Continual education about race and racism is the best way to become a strong ally. Also, supporting people of color through business and conversation is a great way to be an ally.”

Today, for Blackout Tuesday, and forever, you should make an effort to support black-owned businesses. Many of the best trainers in the game are men and women of color, like Ridge, Ally Love, Deja Riley and Jeanette Jenkins! Make sure to continue to support them and get your seat on while this movement continues.