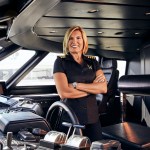 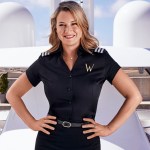 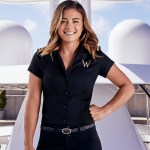 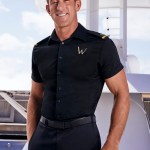 ‘Below Deck Mediterranean’ star Peter Hunziker is the latest Bravolebrity to get the boot following his racially charged comments.

Another one bites the dust. Bravo announced on Wednesday, June 17, that Peter Hunziker will no longer be part of their popular series Below Deck Med. “Peter Hunziker of Below Deck Mediterranean has been terminated for his racist post,” they revealed on their official Instagram page. “Bravo and 51 Minds are editing the show to minimize his appearance for subsequent episodes.”

The cable network has been in the news quite a bit recently regarding race issues from some of its other stars. Vanderpump Rules castmates Stassi Schroeder & Kristen Doute got the axe earlier this month for their racist actions against former costar Faith Stowers. Other VPR season 8 mainstays Max Boyens & Brett Caprioni were also fired for similar behavior.

Here are 5 things to know about Peter who just made his reality television debut earlier this month.

1: Hi.& Bye. Peter, a deckhand on Below Deck Med, joined the spinoff series for its 5th season on June 1. It has aired three episodes so far.

2: Lots Of Newbies. He was one of the many new castmates this season that also included Hindrigo “Kiko” Lorran, Lara Flumiani, Jessica More, Alex Radcliffe and Robert Westergaard.

3: Before Reality TV. Peter was a licensed U.S. Coast Guard prior to taking a role on the Bravo series. The show is currently in post-production so his part will be minimized in the back half of the season.

4: His Social Media Is Still Up. His Instagram account is still active as of Wednesday afternoon, June 17. He posts photos of him with his son quite often and has also shared a bunch of snaps with his Below Deck cast.

5: Stay Tuned Regardless. “This season is the most explosive but the most rewarding,” Captain Sandy Yawn revealed in an EXCLUSIVE interview with Hollywood Life about Below Deck Med‘s 5th season. “There’s so much that’s happening from the boat to the crew and obviously we have guests so when you have this interaction and that’s so typical in yachting. You just never know what’s going to happen.”