Captain Sandy Yawn, 55, is back for her fourth season of Below Deck Med and she’s bringing her best crew with her despite what’s happened on past charters. “When I have crew that really need a job and really are going to make a difference, of course I’m going to bring them back,” Sandy told HollywoodLife EXCLUSIVELY in an interview from her Florida home on May 29. “When someone doesn’t have passion for their job but they need their job, you do everything to support them, help them in their job and over the years I reset them, just like I did with Adam. The same thing with Hannah and I constantly reset and when things happen, she automatically points the fingers at me when it’s not me. I’m not her. My behavior as a captain is one that stays within the confines of a team and with Hannah, God bless her. Why wouldn’t I and give them an opportunity? I do not give up on people because they didn’t give up on me. She’s smart, she’s gifted.”

Hannah has been known to butt heads with many of her crew members over the charters. Sandy, who is Hannah’s boss, is no exception. The two got into it big time during season 4 when Sandy started questioning her chief stewardess’ passion for yachting and her job. “I just have so much to prove to Sandy this season,” she said to third stew Anastasia Surmava, 28, at the time. “It’s just so disappointing to me that we have such different levels of service. It’s like, I thought we were good.” 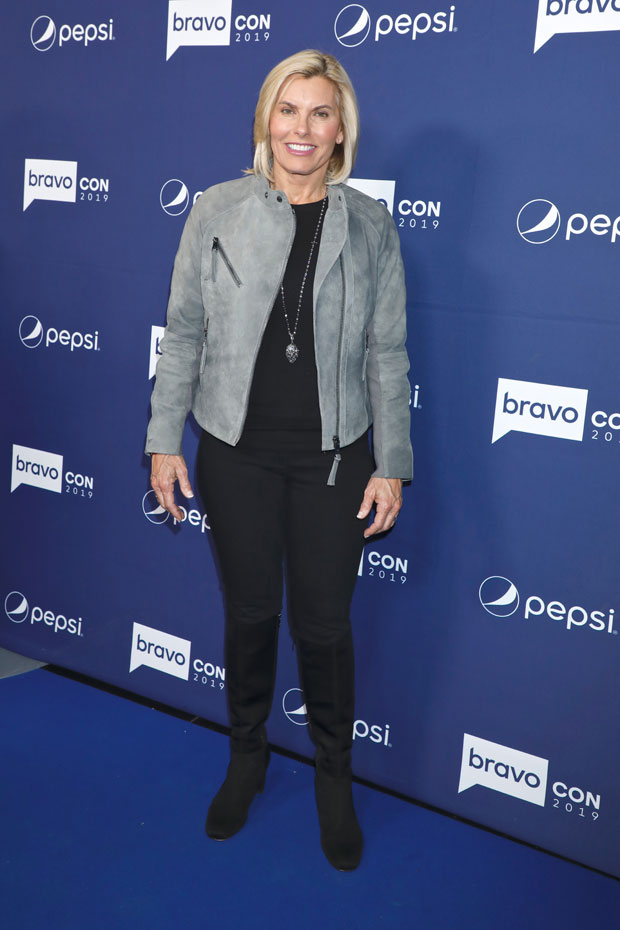 The captain feels that everyone just misunderstands her relationship with her crew member who she’s giving another shot to. “A lot of people get confused,” Sandy says of her relationship with Hannah. “It’s not that Hannah and Sandy are at odds, it’s that Hannah struggles with authority. That’s obvious. I’m her boss and I’ve always supported the crew. I really believe Hannah and I are in a good place.”

So has Sandy’s views on Hannah’s passion for yachting changed? “No,” the captain said bluntly of if her heart is in it still. “She’s admitted it. I think she tries, honestly. She’s great with guests, but that’s the cream on top of the cake is when we get to deal with the guests. For me, that’s the best part. The real job is the grunt work, the foundation. When you’re interacting with guests, that’s the joy with yachting. I wish her well in life, period and I’m not sure. I can’t really reveal a lot, but you’ll see. The road can be torturous or it can be easy. It’s up to the individual, right?”

Though Sandy teases a rocky road ahead for Hannah, it sounds like the crew as a whole has a lot of drama to deal with as season 5 begins Mon. June 1 at 6pm on Bravo! “This season it’s the most explosive but the most rewarding,” Sandy teased. “There’s so much that’s happening from the boat to the crew and obviously we have guests so when you have this interaction and that’s so typical in yachting. You just never know what’s going to happen.”

Related: Izzy Wouters: 5 Things To Know About ‘Below Deck’ Star Who Came Out As A Lesbian